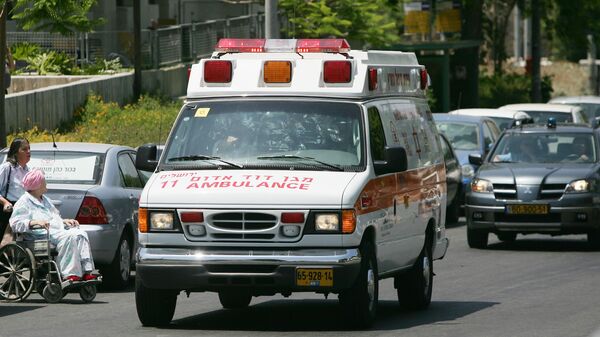 Aman, a Kurdish woman from northern Syria, whose real name cannot be disclosed for security reasons, came to Israel to accompany her three-year-old child who had to undergo heart surgery.

"My son has a heart disorder, and after being diagnosed by one of the doctors in the refugee camp in northern Iraq, he told me that we had the option to come to Israel for treatment. I embraced this opportunity immediately," she said in a phone interview on Tuesday, stressing that she was not afraid of public opinion in her country.

"My child's health is the most important thing for me, and I don't care what people might say," she added.

Israel has no diplomatic relations with either Syria or Iraq - deemed as enemy states - and yet cooperation exists. Shevet Achim, a Christian Zionist organisation - based in Jerusalem, established in 1994, does precisely that: it helps children from Gaza, Iraq and Syria come to Israeli hospitals for open-heart surgeries.

Only this year, the country received some 80 children from Syria and Iraq. According to reports, between 2013 to 2018 Israel has placed some 4000 Syrian refugees - including minors - in Israeli hospitals. The move has been widely criticised with some saying that Israel treated militants disguised as refugees.

"We believe that every child's life should be saved. We are in the fight for those kids and value what their governments don't - their right to live," said Jonathan Miles, international coordinator for Shevet Achim.

The recent assault by the Turkish forces aimed at pushing Kurdish fighters away from Turkey's southern frontier caused an influx of refugees to northern Iraq.

War pushes people from their remote areas to bigger cities or refugee camps. There, says Miles, the NGO has an extensive network of doctors who cooperate with Shevet Achim alerting them of cases that need special treatment.

"Doctors know each other. In the end, it is a very limited group of professionals who perform open-heart surgeries on children. Israel has only five doctors who specialise in this. Still, we have an excellent reputation, and people trust us," said Dr David Mishali, director of the Edmond J. Safra International Congenital Heart Center at Sheba hospital in central Israel, who performed most of the operations, including the one on Aman's child.

"Dr Mishali has a big heart," said Miles, adding that when it comes to children's medical care, he never saw a child being turned away by an Israeli hospital.

Unlike many other countries that send their medical personnel and equipment to war zones, Israel not only takes patients in, but also maintains ties with local professionals in the Middle East and Africa, training them and guiding through complex cases (whether it is through assisting with medicine or guiding on follow-up treatments in their home countries).

How it All Works

After going through a careful selection in their home countries and receiving a green light from an Israeli hospital, patients and their parents need to go through a long process of bureaucracy - a process that might take up to four weeks. During this time Israel's ministry of the interior - that's working tightly with the country's intelligence - gets candidates through security screenings that include checking the backgrounds of parents and other immediate family members, making sure they were not involved in any terrorist activity. At the end of this process, patients are granted a visa to Israel, arriving in Tel Aviv via Jordan.

In Israel, all their needs are taken care of by the NGO and the hospitals that host them. Once the operations are done, the medical staff decides on future steps.

"At times, we tell parents that they have to stay in Israel for a longer period of time, for us to monitor the process of healing. At other times, we send them home, guiding their local doctors with the treatment they need. The idea is to give them maximum treatment here so that they will have to exert minimum efforts in their home countries," said Mishali.

But not everything is easy. "Sometimes we simply cannot help," said Mishali, referring to cases when patients turn to them for help too late, or when patients need a heart transplant, as Israeli law gives priority to its citizens over foreigners.

"At other times, we don't even take on some cases as we know that these kids will go back to impoverished areas, that will not be able to help with follow-up treatments. So we give up on those cases from the very beginning," he said.

But they do try. "A child is a child, regardless of race, colour and socioeconomic status," said Mishali.

Even though Miles says they do not do it for gratitude but humanitarian reasons, he admits it does give a good name and an excellent reputation to Israel. But - most importantly - it gives us satisfaction because "we could help our neighbours", said Miles.