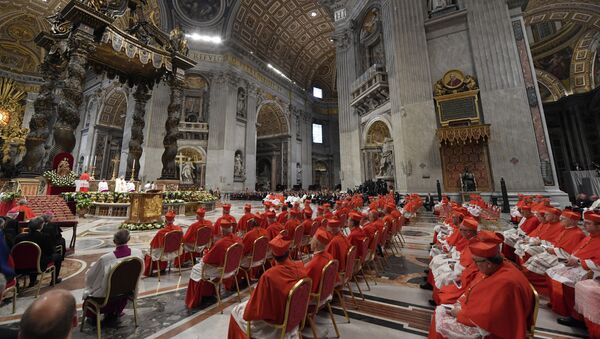 © REUTERS / VATICAN MEDIA
Subscribe
International
India
Africa
If Pope Francis accepts the proposal, it will be the first time that married priests are allowed in the Latin Rite church in a millennium.

Catholic bishops from the Amazon have called on Pope Francis to allow married men to be ordained to priests to address a lack of ministers across the region.

Most of the 180 bishops representing nine Amazonian countries also called on the Vatican to reopen a debate on ordaining women as deacons.

In a section of the final document, the synod bishops say they consider it "urgent" for the church to "promote and confer ministries for men and women in an equitable manner," the National Catholic Reporter said.

The Catholic Church contains about two dozen different rites across the globe and already allows married men to become priests in Eastern Rite churches. If the Pope accepts the proposal of the Amazon Synod, it will be the first time that married priests are allowed in the Latin Rite church in a millenium.