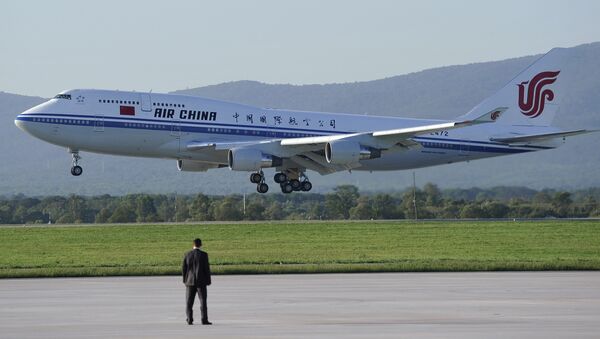 As a result of the incident, the plane's wing was damaged. The aircraft was en route from Beijing to Chongqing.

Information about the victims is still being determined. In July, a similar incident occurred in Australia, only during takeoff, when a local airline's plane with 62 passengers on board flew to the country's Goldfields-Esperance district.

Earlier an aircraft arriving in Yakutia, Russia from Irkutsk with almost 70 passengers rolled off the runway; the incident occurred at the airport of the city of Mirny.

​According to the airline, there were 61 passengers and five crew members on board the aircraft. No one was injured in the incident.