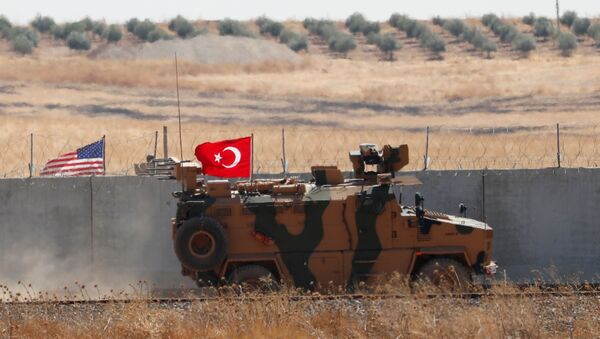 "We agreed with Russia, but if after 150 hours the terrorists remain in the agreed zone, then we will continue to do what we should, we will take control of the zone and clean it ourselves. We will not sit down at the negotiating table with the terrorists," Erdogan said as quoted by NTV broadcaster.

On 9 October, Erdogan announced the launch of Operation Peace Spring in northern Syria. The offensive is part of Ankara's goal to clear its Syria-facing border area of terrorists and the terrorist-designated Kurdish militia and create a safe zone for the relocation of Syrian refugees who are currently residing in Turkey. Syria described this as an act of aggression, undermining the country's sovereignty and territorial integrity.

Following talks between Erdogan and Russian President Vladimir Putin, a Russian-Turkish memorandum was signed on Tuesday in Russia's Sochi, which stipulates that within 150 hours Kurdish militia would be withdrawn to a distance of 30 kilometres (18.6 miles) from the border with Turkey to the west and east of the operation zone.