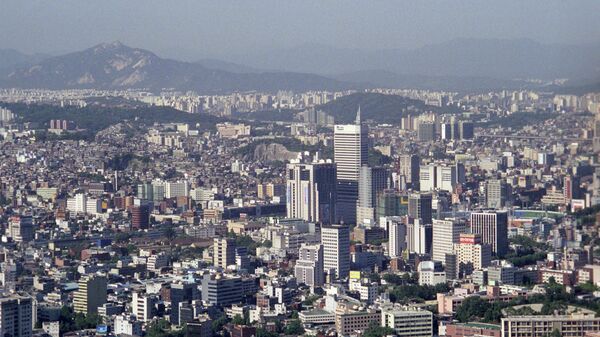 Mnet has announced that it will screen a new generation show 'Teen Singer' next year, and that it is planning to hold an audition this November. But netizens have concerns about the reality of this 'reality' show due to persistent rumours that a previous programme was faked.

The new show seems to be a follow-up of the hit show "the High School Rapper", where high school students participated in a hip-hop survival programme, while "Teen Singer' is expected to attract the attention of a younger audience and is aimed at a teen audience.

​The idol programme 'Produce X101', the survival show, was broadcasted from May to July 2019. During the competition, the project group 'X1' debuted. Its members were chosen by text votes from fans, however the audience suspected vote-rigging after fans discovered a similar spacing in votes between the various contestants.

As suspicions spread, Mnet asked the police to investigate. The Seoul Police Agency's cyber investigation team conducted a seizure search for the 'Produce X' production office in CJ E & M last July and continued the search in partner companies earlier this month. Mnet is asking all concerned fans to wait until the police investigation ends, while it is yet to make any official statements as to whether the vote was deliberately rigged.

But the confidence of the viewers who supported 'Produce' series and other shows of the same format is low, and many of them are already tweeting against the new show.

nothing against the artists of x1.. but mnet- they fooled public audience who invested time and money in the show by voting n supporting relentlessly and it is also unfair remaining artists because their hardwork goes in vain by manipulating votes. think as a human & not as a fan

Like X1 just debuted and their fans more focused on 875?? Maybe focus on the fact that if it wasn't for Mnet rigging the votes half your flops wouldnt be in the group and leave our boys alone.

Like X1 just debuted and their fans more focused on 875?? Maybe focus on the fact that if it wasn't for Mnet rigging the votes half your flops wouldnt be in the group and leave our boys alone.

and please, put yourself in our shoe when we knew that our fav was supposed to be one of members of x1 but mnet rigged their votes. yall doesnt want the boys to be hurt and so am i, but mnet should be punished and we want to know the WHOLE TRUTH not just abt the votings.

X1 is still X1. Votes might have been manipulated but it is still the same ranking! We all know how snake Mnet are, however it is not our boys fault if mnet have done this ridiculous thing.

All PDX boys deserve to debut they just have their own time. 😊#STANDSTRONGX1 #x1 pic.twitter.com/lVbN2TwBy0

Saying that you "prefer the rigged votes" wouldn't help the situation at all. This would only show that you are manipulated by mnet and that you support their dirty ways and habits. Please consider this for the sake of X1 and the rest of the trainees. #OneItSupportX1 #ONEIT