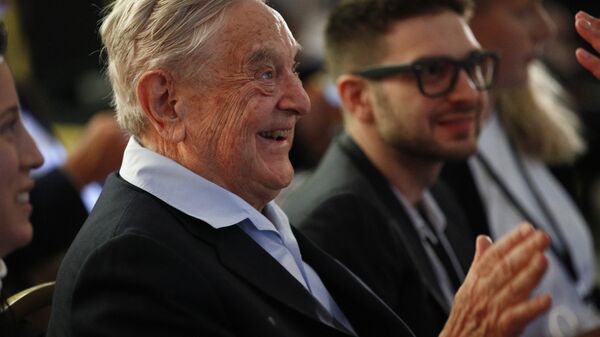 George Soros, the notorious currency manipulator and self-proclaimed guardian of liberal values, has refused to openly endorse a Democratic candidate in the 2020 presidential race but his recent comments appear to indicate his sympathy for the front-runner Elizabeth Warren.

Billionaire investor George Soros believes Elizabeth Warren is the best Democrat out there who can take on Donald Trump in next year’s election.

In an interview with The New York Times published on Friday, he described the Massachusetts senator as “the clear-cut person to beat”.

“I don’t take a public stance, but I do believe that she is the most qualified to be president.”

What is Warren campaigning for?

Elizabeth Warren, 70, has steadily ascended in national polls throughout the year to achieve front-runner status. She currently has a 7 percentage-point lead over Joe Biden, according to the most recent study by Quinnipiac University; other polls published earlier this month have Biden as the leading candidate.

However, what Warren has been unwilling to admit, and what many believe her plan entails, is that the taxes will increase for the middle class too, so she could fund her ambitious initiatives, like free public college and free universal childcare.

Her proposed wealth tax has still resonated favourably with many voters, if polls don’t lie, but rankled several Democratic donors and fundraisers on Wall Street, who are reportedly warning they will support President Trump with his corporate tax cuts if Warren is nominated.

What does Soros says of this plan?

George Soros, a Democratic mega-donor who recently granted $5.1 million to the party ahead of next year’s election, has endorsed Warren’s tax plan. He doesn’t think it will force the rich to move to lower-tax jurisdictions and believes the revenue will help fight climate change and improve the economy.

Does this mean he supports Warren?

That letter was billed as “nonpartisan” and noted that it was not representing an endorsement of Warren.

Despite his appraisal of Warren’s qualifications, Soros reiterated in the interview that he wasn’t supporting any candidate publicly for the time being. Soros’ chief spokesman told CNBC late last year that he “doesn’t plan to pick a horse in this race” and may end up supporting no-one.

“I don’t express my views generally because I have to live with whoever the electorate chooses,” said the 89-year-old billionaire, who has notoriously funded several colour revolutions in Eastern Europe through his Open Society Foundations and donated to pro-immigration and anti-Trump groups.

“Trump is still doing a tremendous amount of damage,” Soros said. He went on to call the US president “an aberration...putting his personal interests ahead of the national interests,” and suggested that “things will turn around” in the next election.

This week, a report filed with Congress revealed that the Open Society Policy Centre, the lobbying division of the Open Society Foundations, had spent over $24 million on lobbying on Capitol Hill so far in 2019. This means that the centre has dished more money to impact legislation and federal issues since Donald Trump took office that it did under George W. Bush and Barack Obama.