Photo: US Sex Offenders Sue Sheriff Over ‘No Trick-or-Treat’ Signs Placed in Yards 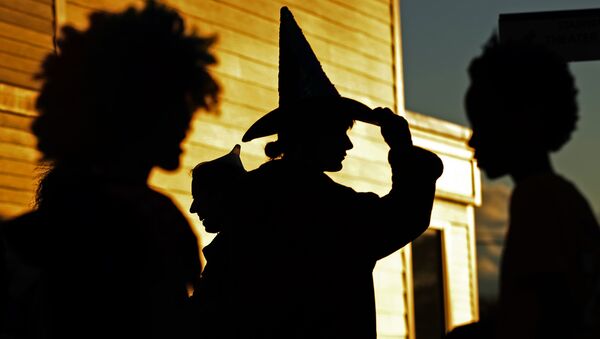 The suit was filed in US District Court in Macon on behalf of registered sex offenders Christopher Reed, Reginald Holden and Corey McClendon, according to the Atlanta Journal-Constitution, which noted that the suit was prompted by the sheriff’s use of said signs in October 2018.

Lawyers are arguing that the posters violate their clients’ First Amendment rights, in that forcing them to leave the signs up amounts to “compelling speech.” 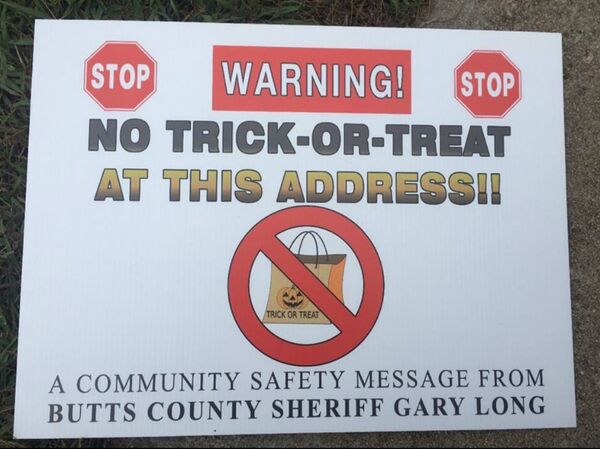 Butts County Sheriff Gary Long issued a Facebook statement on the matter Monday, explaining that the signs first made their appearance after the city’s “Halloween on the Square” event was canceled the year prior by officials, leading to more neighborhood trick-or-treating.

“In doing so, our neighborhoods had a large increase in children going door-to-door,” reads Long’s post. “My office took precautions and placed signs indicating ‘No Trick or Treat’ at each registered sex offender’s residence in the County.”

“This was done to ensure the safety of our children,” the sheriff continued, adding that regardless of the upcoming ruling, he intends to do “everything within the letter of the Law to protect the children of this Community.”

Citing the complaint, AJC reports that deputies in some cases planted the signs on residential lawns, and that registered offenders were instructed to put up the posters themselves or face an “unspecified trouble.”

In addition to requesting compensation for the stress caused by the 2018 posters, the three represented offenders are asking that the sheriff’s office be barred from using the signage ahead of Halloween this year.

Mark Yurachek, one of the lawyers representing the trio of offenders, told local news station 11Alive that while state law does require the sheriff to notify the public about registered sex offenders, Long is going about it the wrong way.

“It’s easy to pick on these guys. Because nobody really wants to see anything done for a sex offender. But I promise you if this goes by without a legal challenge and push-back, it’s going to get worse,” the lawyer said, suggesting that the sheriff could later use the same tactics to target DUI offenders, for example.

A hearing for the suit is expected to take place Thursday at 9:30 a.m. local time.