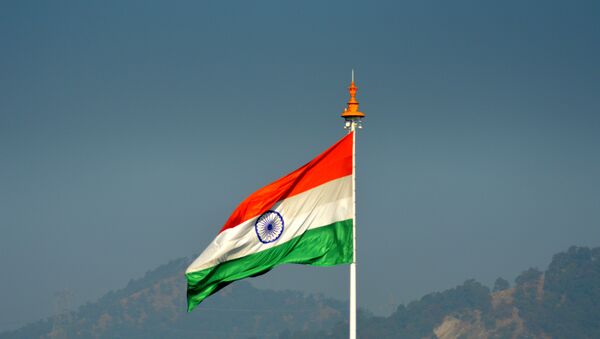 CC0 / /
Subscribe
New Delhi (Sputnik): Fighting the current economic slump and keeping in mind Prime Minister Narendra Modi’s goal of a $5 trillion economy by 2025, India is gearing up to emerge as a profitable market which can provide a China alternative to technology giants amid its ongoing trade with the US.

During the plenary session of the International Monetary and Financial Committee (IMFC) held in Washington over the weekend, Indian Finance Minister Nirmala Sitharaman said she plans to prepare a plan to lure tech players into shifting production to India, a media report said.

In September, Sitharaman announced a cut in the effective corporate tax without tax SOPs from 34.94 to 25.17 per cent for existing companies and for new companies from 29.12 per cent to 17.01 per cent beginning 1 October.

Meanwhile, the "assembled in India" iPhone XRs from Apple were released on international markets. Analysts and netizens agreed that this was an "important development".

This made-in-India iPhone XR just hit the shelves, showing @narendramodi’s attempts to woo brands looking for alternatives to China may be working. His roadmap to rebrand India as the next great smartphone manufacturing hub revealed here. 👉🏻https://t.co/ThCS0RaYrI pic.twitter.com/IzdhVIUhhU

They used to be labeled "Assembled in China" so the same point holds for China. What has happened there is the assembly jobs helped launch a new middle class of hundreds of millions and created thousands of local companies that export as well. It's an important first step.

Certainly in positive direction. Hopefully component manufacturing clusters come up in future, then much more value would be created locally.

​To avoid risks associated with manufacturing tech products like smartphones in China, US-based tech players, including Apple, are focusing on India after Vietnam, which have been major beneficiaries of the current US-China tensions.

Looking for alternatives to China for assembling its smartphones, on 16 September, California-based iPhone-maker Apple announced investments of $1 billion and $13 million to facilitate iPhone production in India, as well as boosting retail expansion in the country.

The government of India is drafting new rules to encourage global smartphone brands, and original equipment makers (OEMs) to focus on manufacturing in India, which has already won some important international investments.

However, tech enthusiasts pointed out that not just assembling, but manufacturing phones in India was of importance right now.

INR 81,900 means it makes no sense to assemble it here unless you intend to export.

Assembled in India is nothing great.
India still cannot make its own 100% smart cell phone, even a basic one, and imports tons from China. Where is that tech prowess it needs?

Lately, Taiwanese multinational electronics contract manufacturing company Foxconn has rapidly expanded into India, which is seen as a positive sign.

The company has gone from a few hundred employees in southern India’s city of Chennai to more than 30,000 since 2015.

Over 300 parts suppliers have also set up shop in India, contributing to Foxconn’s capacity of more than 50 million phones a year, indicating that tech manufacturing, especially in case of smartphones is not a far-fetched idea.

With economic growth in India at a six-year low, the country could benefit from a more significant influx of overseas investment.

Finnish telecom player Nokia, which was one of the first international tech giants to establish an assembling facility in India in 2007, is set to begin manufacturing all phone components in India by 2022, reports said.

Since 2018, the two of world’s largest economies, China and the US, have been neck and neck against each other after Washington accused Beijing of indulging in alleged unethical trade practices - a claim the Chinese side has consistently denied.

On 10 May, US President Donald Trump raised tariffs from 10 to 25 per cent on $200 billion in Chinese goods triggering a series of tit-for-tat measures.

Earlier this year, citing national security concerns, US President Donald Trump effectively banned Chinese tech major Huawei from America, claiming the company was spying for the Chinese government through its devices. Both Huawei and Beijing have rejected the accusations as baseless.