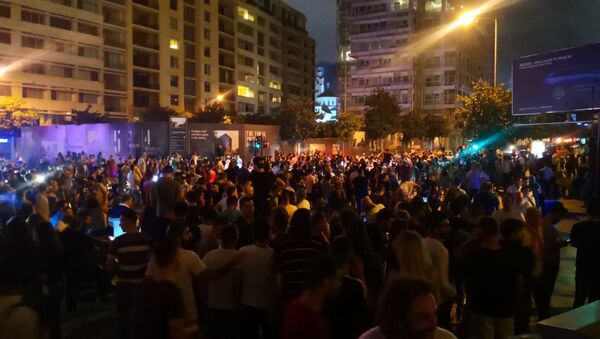 Lebanon has been gripped by the protests against a deepening economic crisis and the government’s economic policies since Thursday. They were sparked by the authorities’ decision to impose a tax on WhatsApp calls. Though the measure was subsequently reversed, the protests turned violent and left dozens of people, including security officers, injured.

"The Ministry of Foreign Affairs of the Kingdom of Bahrain calls on all citizens who are now in the Republic of Lebanon to leave immediately, given the events and developments there that require from everyone to take needed precautions," the ministry said in a statement published on its website late on Friday.

The ministry also reiterated its calls on the citizens to refrain from travelling to the country.

On Friday, Kuwait, Saudi Arabia and Qatar also advised their citizens against travelling to Lebanon.