Sputnik's weekly photo gallery presents a selection of pictures that capture the most significant and eye-catching events that happened across the globe during the past seven days.

This week was filled with a series of significant events around the globe, from major political ones, including Russian President Vladimir Putin's visit to Saudi Arabia and the UAE, the Syrian government's army entering Manbij amid the Turkish operation, the North Korean leader Kim Jong Un taming a horse to violent protests in Ecuador and destructive Typhoon Hagibis in Japan, as well as fashion and sports events, like a NASCAR Cup Series auto race in Talladega and Sao Paulo Fashion Week in Brazil.

Check out this gallery to catch up on the most important events that you might have missed! 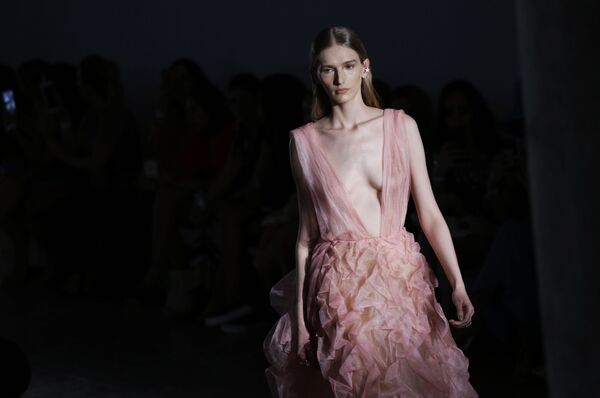 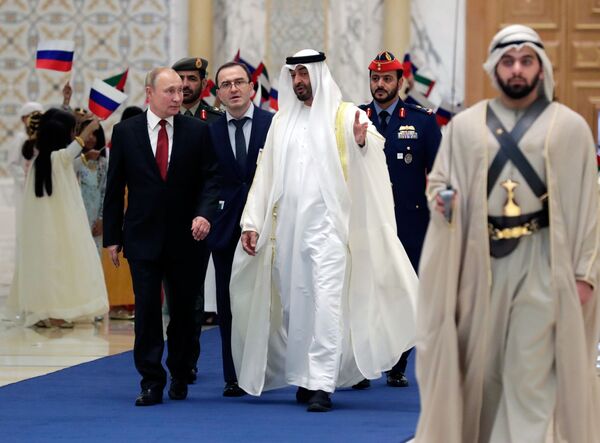 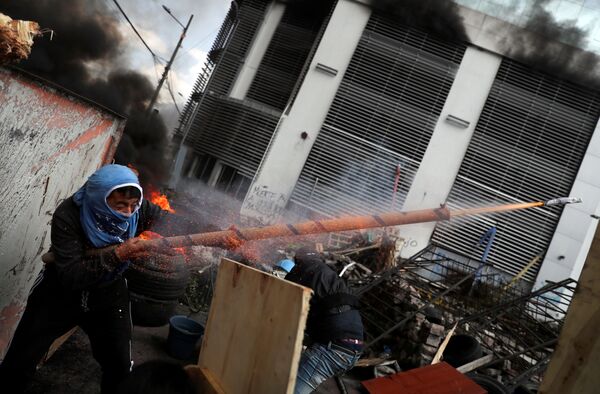 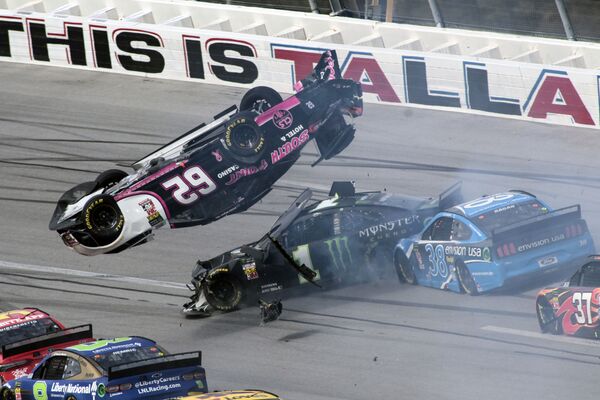 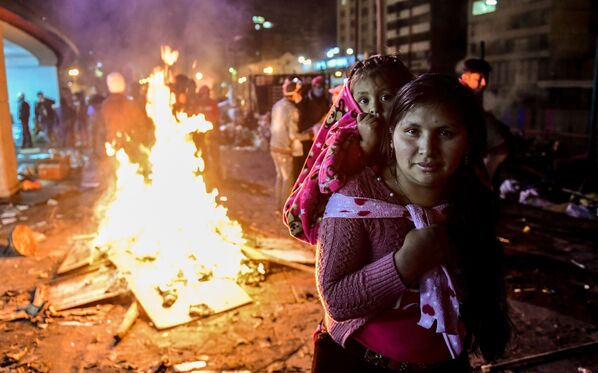 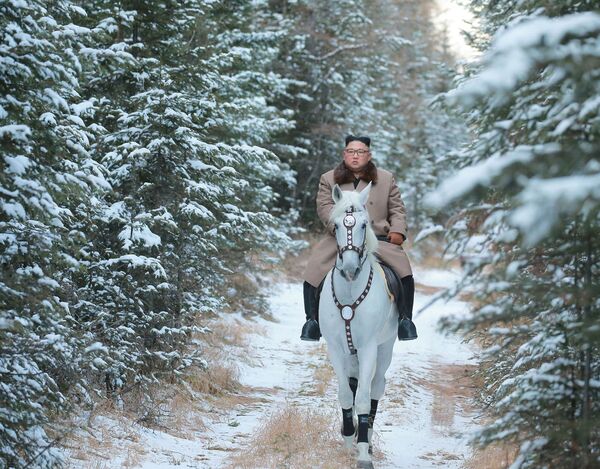 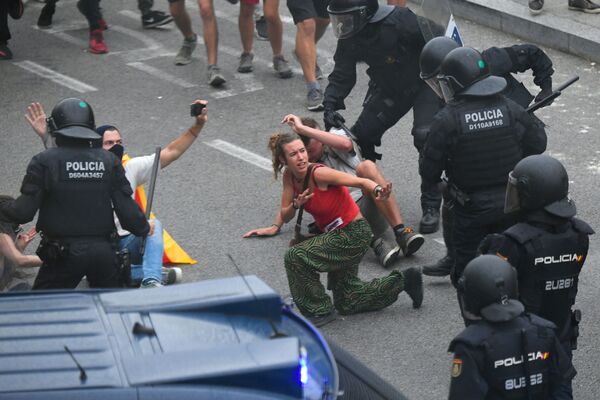 7/30
© AFP 2022 / Lluis Gene
Protesters clash with Spanish policemen outside El Prat airport in Barcelona on October 14, 2019 as thousands of angry protesters took to the streets after Spain's Supreme Court sentenced nine Catalan separatist leaders to between nine and 13 years in jail for sedition over the failed 2017 independence bid. As the news broke, demonstrators turned out en masse, blocking streets in Barcelona and elsewhere as police braced for what activists said would be a mass response of civil disobedience. 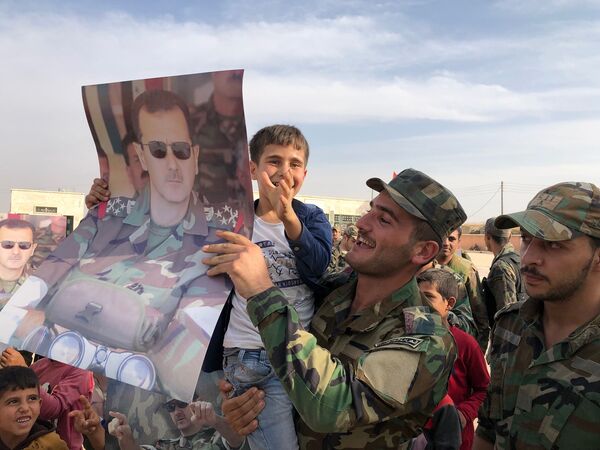 8/30
© Sputnik / Mikhail Alaeddin
/
Go to the photo bank
Syrian army soldiers hold placard depicting President of Syria Bashar al-Assad as Syrian government army troops rolled into Manbij, Syria, a flashpoint town west of the Euphrates River that Turkey had been aiming to capture and wrest from Kurdish control. Syrian forces moved into the area as part of a deal that has seen regime troops deploy in several Kurdish-controlled areas in Syria's north to protect the region from an assault by Turkish forces. 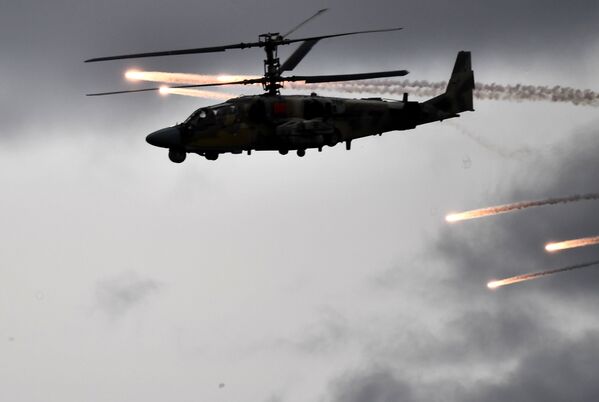 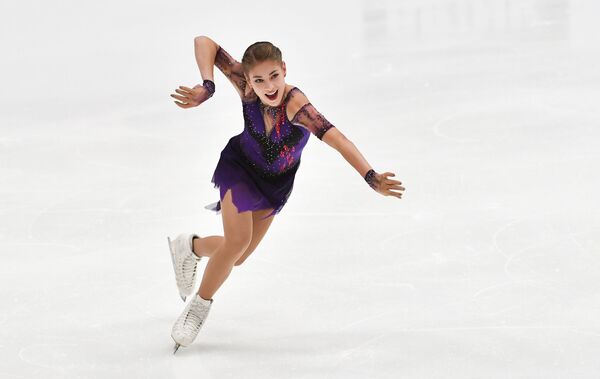 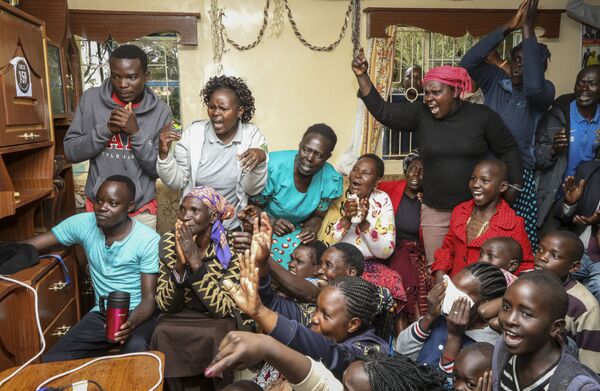 11/30
© AP Photo / Stringer
Eliud Kipchoge's mother Janet Rotich, seated 2nd left wearing a headscarf, watches on television and celebrates her son's sub-2 hour marathon time, with friends and neighbors, in Kapsisiywa village in the Rift Valley of Kenya Saturday, Oct. 12, 2019. Eliud Kipchoge sent shockwaves through the world of sport by becoming the first athlete to break the two-hour barrier for a marathon, at an event set up for the attempt in Austria, although it will not count as a world record. 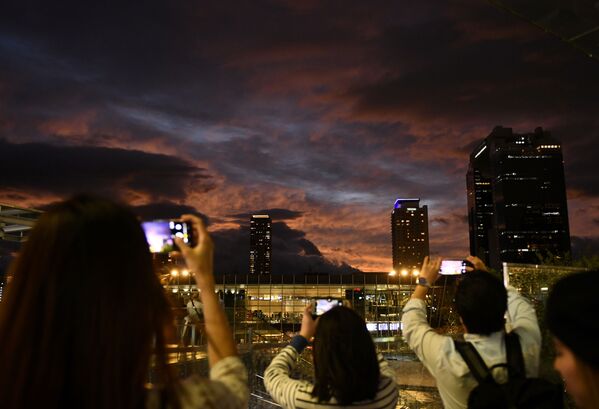 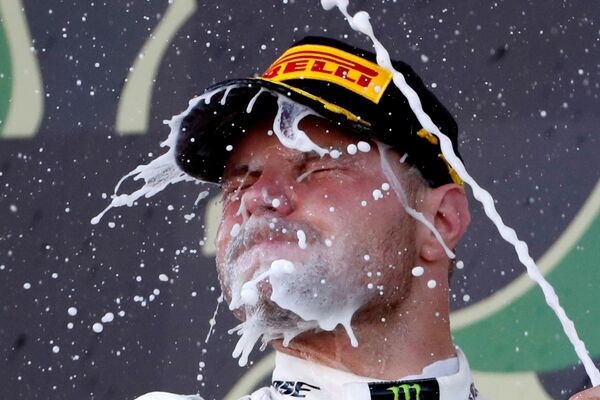 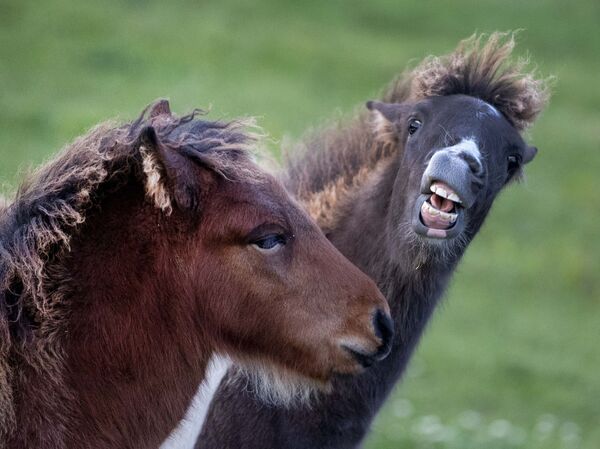 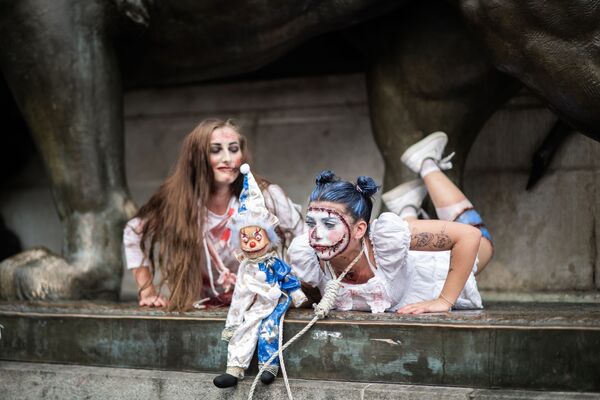 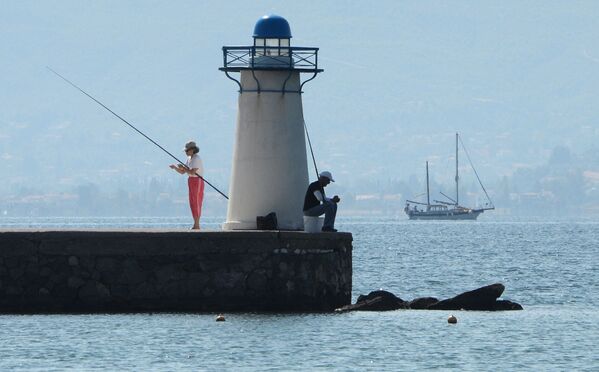 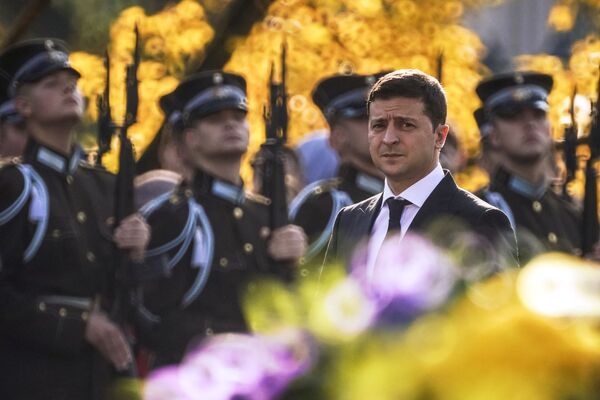 17/30
© Sputnik / Sergey Melkonov
/
Go to the photo bank
Ukranian President Volodymyr Zelenskyy during his visit to the Republic of Latvia. 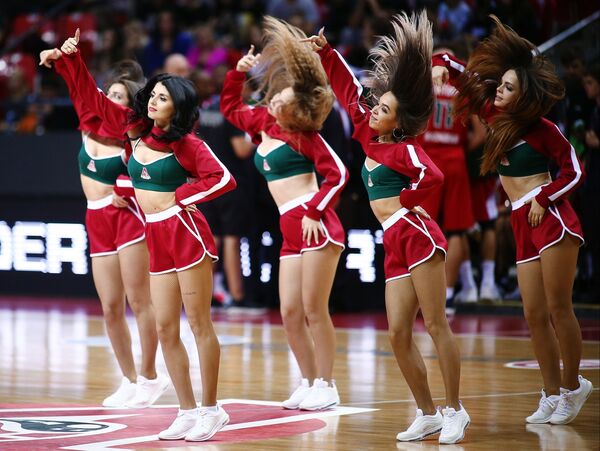 18/30
© Sputnik / Vitaly Timkiv
/
Go to the photo bank
Cheerleaders for PBC Lokomotiv–Kuban during the European Cup. 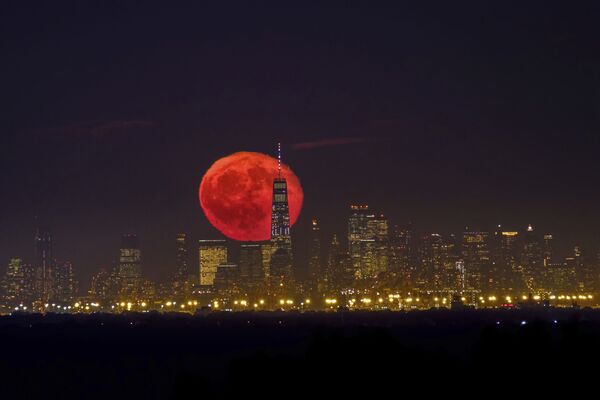 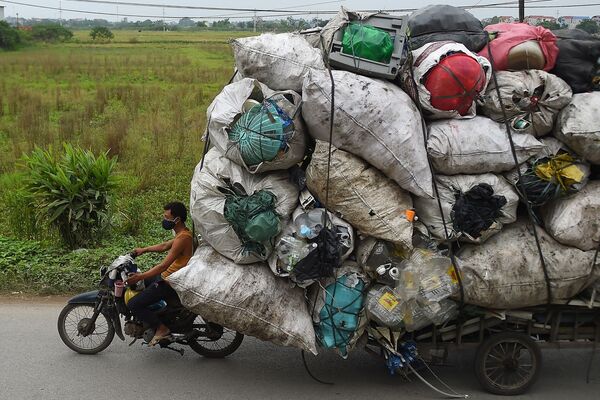 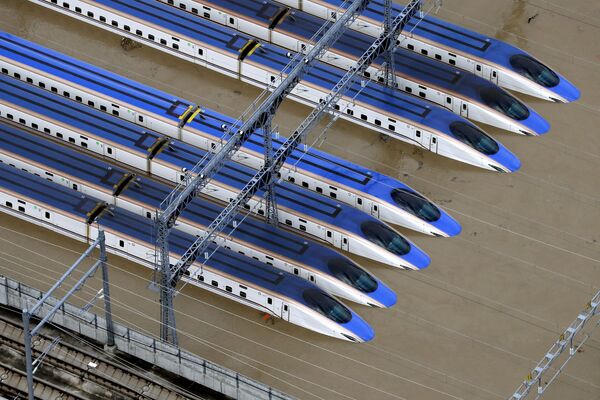 21/30
© REUTERS / Kyodo
A Shinkansen bullet train rail yard is seen flooded due to heavy rains caused by Typhoon Hagibis in Nagano, central Japan, October 13, 2019, in this photo taken by Kyodo. 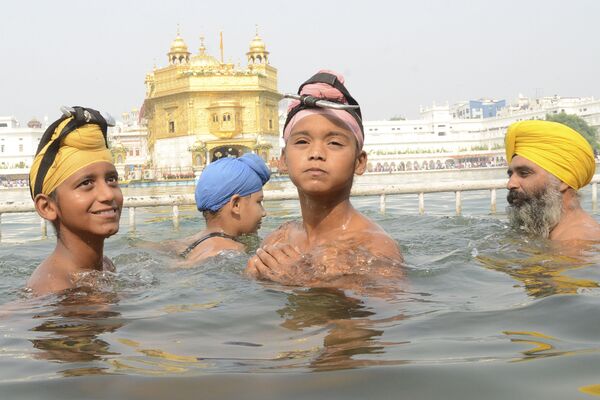 22/30
© AFP 2022 / Narinder Nanu
Sikh devotees take a dip in the holy sarovar (water tank), on the occasion of the birth anniversary of the fourth Sikh Guru Ram Das at the Golden Temple in Amritsar on October 15, 2019. 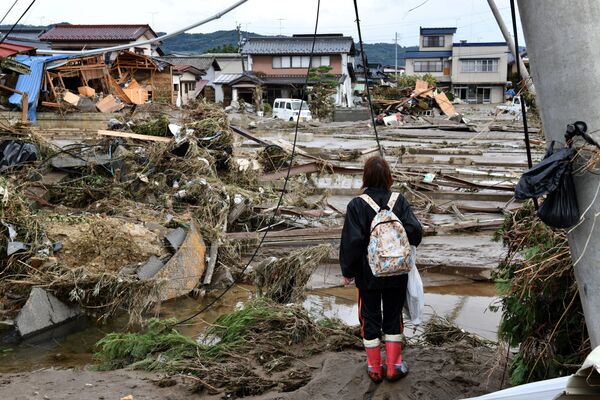 23/30
© AFP 2022 / Kazuhiro Nogi
A woman looks at flood-damaged homes in Nagano on October 15, 2019, after Typhoon Hagibis hit Japan on October 12 unleashing high winds, torrential rain and triggered landslides and catastrophic flooding. - Rescuers in Japan worked into a third day on October 15 in an increasingly desperate search for survivors of a powerful typhoon that killed nearly 70 people and caused widespread destruction. 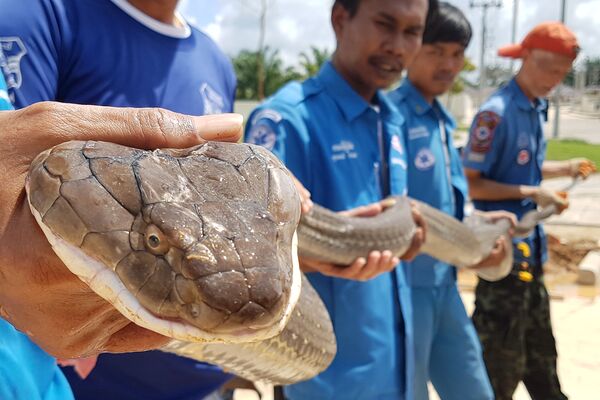 24/30
© AFP 2022 / Krabi Pitakpracha Foundation
Members of the Krabi Pitakpracha Foundation foundation holding a four-metre long king cobra that was found in a sewer in Krabi. Rescuers pulled a feisty four-metre long King Cobra from a sewer in southern Thailand after an hourlong operation, a rescue foundation said on October 15, calling it one of the largest ever captured there. 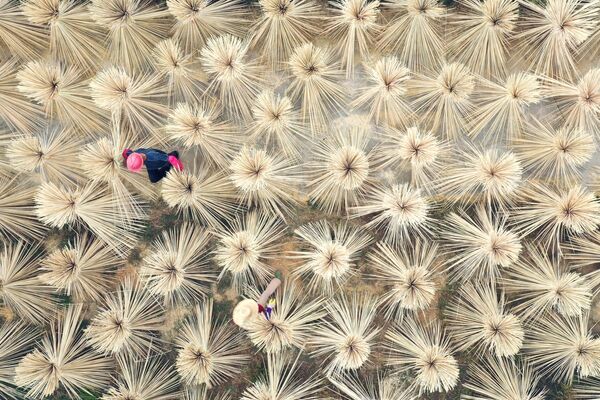 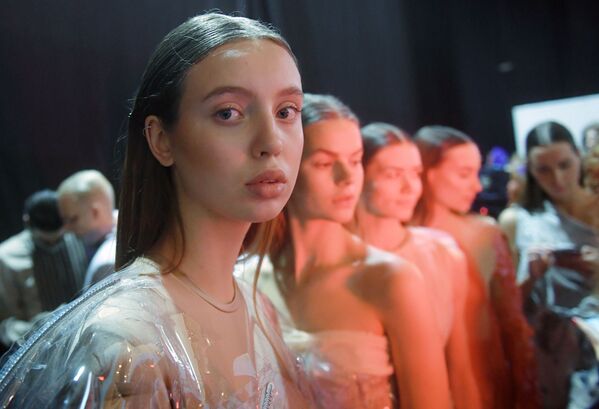 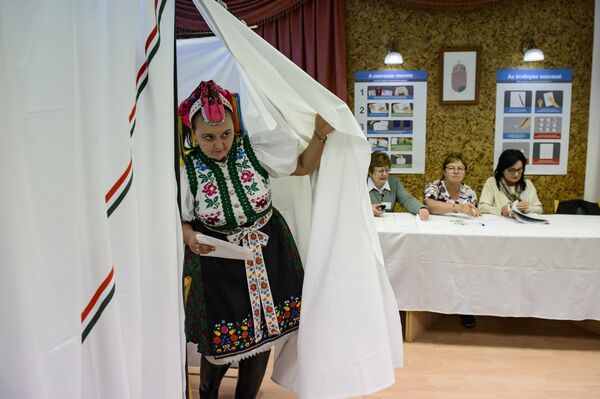 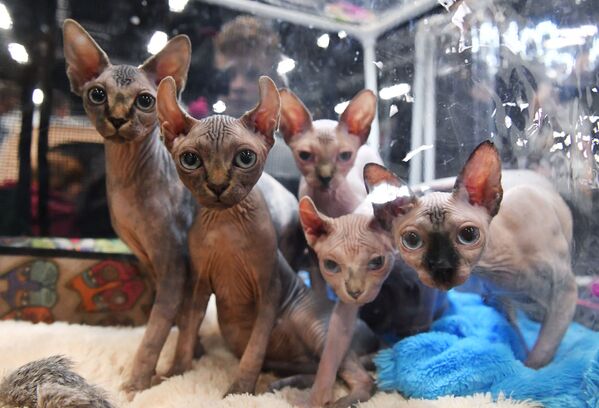 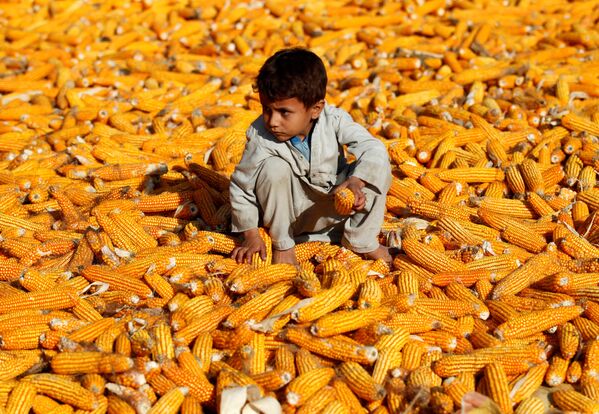 29/30
© REUTERS / Parwiz
An Afghan boy sits on corn cobs after harvest in a field in Nangarhar province, Afghanistan October 15, 2019. 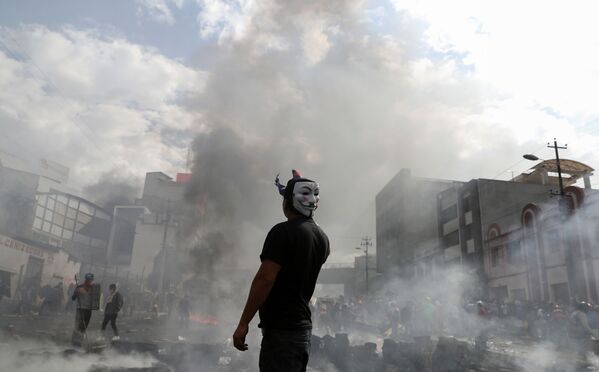