Turkey Says It Is Preparing Retaliatory Sanctions Against US 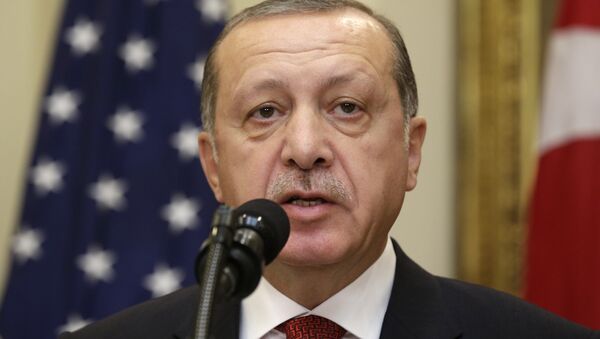 Earlier in the day, Chair of the House Republican Committee Liz Cheney said that US House Republicans were preparing a bill to impose sanctions on Turkey which they would introduce in the coming hours.

US lawmakers have introduced a bill imposing sanctions on Turkish President Recep Tayyip Erdogan and foreign entities engaged in defence cooperation with Turkey.

In addition to Erdogan, the sanctions target Turkey’s vice president and ministers of defence, foreign affairs, treasury, trade and energy/natural resources, according to the text of the legislation introduced by Congresswoman Liz Cheney.

The legislation also requires the US president to impose sanctions on foreign persons or entities that provide financial or technological support to Turkey’s armed forces including the production of petroleum or natural gas.

US President Donald Trump signed an executive order on Monday stipulating wide-ranging sanctions against Turkey in response to its military operation in northeastern Syria.

Meanwhile, US Ambassador to the UN, Kelly Craft, said that the US urges Turkey to halt its offensive in Syria and declare a ceasefire immediately.

Turkey started a military operation in Syria on 9 October, shortly after the US announced the withdrawal of its troops from northern Syria. Ankara says the operation is essential to oust Kurdish militants from the border area and set up a safe zone for Syrian refugees there. Damascus described the Turkish operation as aggression and violation of Syrian sovereignty and territorial integrity.

*CORRECTION: The headline and first sentence of this article have been amended to reflect the fact that the bill was adopted by US lawmakers but has not been yet signed by the president.