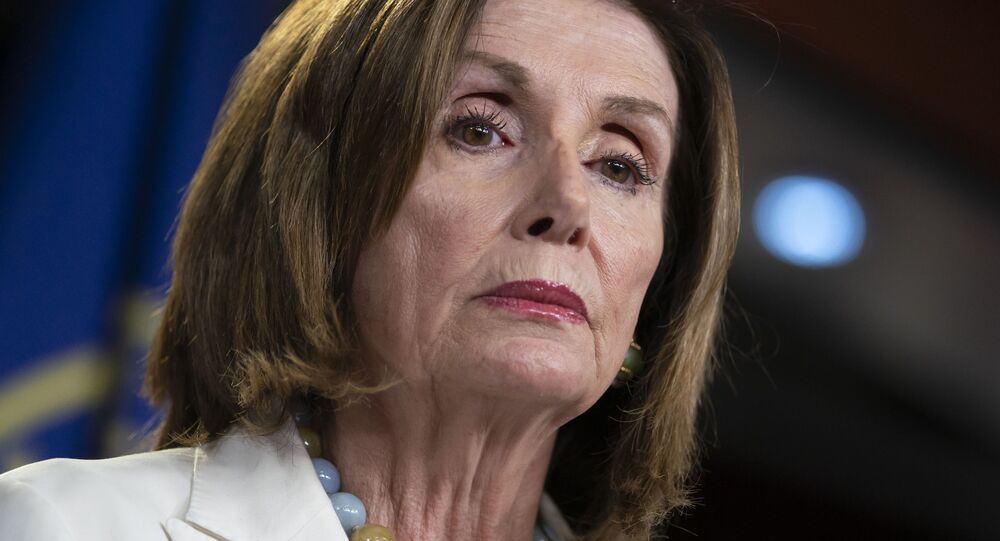 WASHINGTON (Sputnik) – US House of Representatives Speaker Nancy Pelosi says US sanctions against Turkish officials and entities will do little to improve the situation in northern Syria, where Turkey has launched an operation having received a "green light" from US President Donald Trump.

"President Trump has unleashed an escalation of chaos and insecurity in Syria. His announcement of a package of sanctions against Turkey falls very short of reversing that humanitarian disaster," Pelosi said in a Monday statement.

Trump said that steel duties would be increased back to 50 percent, which is the level they were at before a reduction in May. The negotiations that the US Department of Commerce had been conducting with Turkey in a bid to hammer out a $100 billion trade deal would be stopped.

Trump also cautioned Turkey against putting in jeopardy the gains that his country had made in the fight against the Daesh* terror group.

Pelosi claimed on Monday that Trump actually undermined US efforts to fight Daesh, by allegedly allowing Ankara to proceed with its operation in northeastern Syria.

"President Trump gave Turkey the green light to attack our Kurdish partners, betraying the thousands of fighters who gave their lives to keep the world safe from the barbarism of ISIS," Pelosi stressed in her statement.

Washington has been criticized for not supporting the Kurds in northeast Syria and for withdrawing US troops ahead of Turkey’s operation in the region. Ankara launched the offensive with the aim of clearing the border area of Daesh, as well as Kurdish militants, whom Ankara considers an extension of the Kurdistan Worker’s Party (PKK), branded a terrorist organization by Turkey.

US Secretary of Defence Mark Esper said in a Monday statement that he was going to discuss Turkey's operation in Syria with NATO allies next week and planned to "press" them to consider diplomatic and economic measures against Turkey.