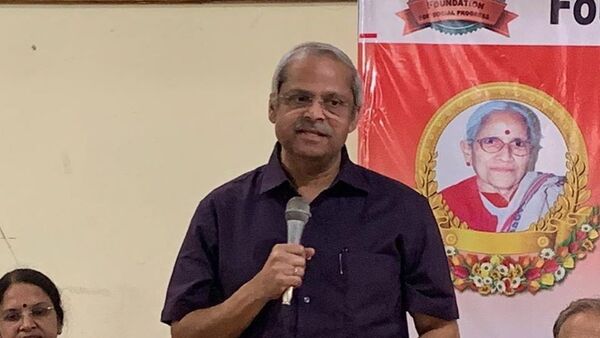 New Delhi (Sputnik): India’s federal government is under fire for the national economy's performance, which is in a downward slide. The US credit rating agency Moody’s has adjusted its forecast for the Gross Domestic Product or GDP, a benchmark indicating the health of the economy, to 5.8 per cent, down from an earlier prediction of 6.2 per cent.

Prabhakar was the former Communication Advisor to the southern Andhra Pradesh government and is currently Managing Director of RightFOLIO, a knowledge enterprise, based in the city of Hyderabad.

In an article published in the English daily, The Hindu, Prabhakar suggested that the Modi Government lacks an economic road map, lays fault for the present economic depression in the country on the "BJP's inexplicable reluctance, over the years, to develop its own coherent set of ideas about the country's economy". He writes, the "BJP's advocacy of what can, at best, be called a capitalist, free-market framework remains untested in practice."

In his article, Prabhakar said, the "essential element in the present economic quandary is the BJP's unwillingness to take its eye off the Nehruvian policy framework, which it continues to critique."

Prime Minister Narendra Modi and his party Chief and Home Minister Amit Shah have blamed the first Prime Minister Jawaharlal Nehru for many of the problems India faces, including the farm crisis and Kashmir.

Without naming Nehru, Modi said in December 2018 that "Those who went around wearing a rose had knowledge of gardens, but they had no knowledge neither of farming nor of the sweat of the farmer." Jawaharlal Nehru used to adorn his coat with a rose.

Recently, federal Home Minister Amit Shah blamed Nehru for the prolonged problems in Kashmir. "Sardar Patel united 630 provinces. Nehru had just one job -to unite Jammu and Kashmir with India. But that job got done only in August 2019 (when the Modi government took the decision on Article 370)," he said in New Delhi.

"The path-breaking repositioning ushered in by P.V. Narasimha Rao and his economic amanuensis Manmohan Singh remains unchallenged even today," he wrote.

The government headed by Prime Minister Narendra Modi has taken several sets of decisions, reversing some of its own proposals in the annual budget for 2019-20 in a bid to salvage the economy, but market sentiments continue to be bearish.

Moody's said "the economy was experiencing a pronounced slowdown partly due to long-lasting factors," its most pessimistic projection for the Indian economy so far. The Central Bank of the country – the Reserve Bank of India, also signalled that despite several economic reform measures in recent months, public and industry sentiments remained unenthusiastic.