We Prefer Ounces: SEC Tells Telegram to Halt Sales of Its Gram Cryptocurrency 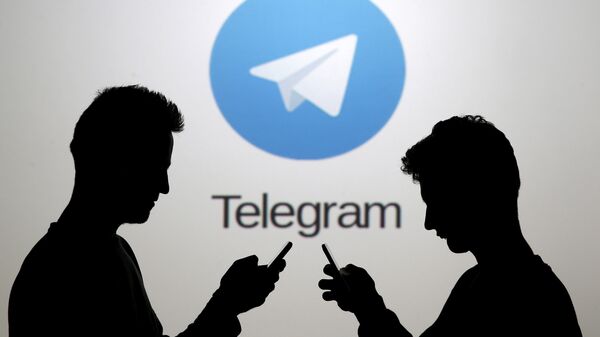 © REUTERS / Dado Ruvic/File Photo
Subscribe
International
India
Africa
Telegram raised more than $ 1.7 billion for its promising project, with investors coming from Silicon Valley. However, this was not enough to impress the US Securities and Exchange Commission.

It's been yet another “good” day for cryptocurrencies - after Facebook’s Libra found itself in a precarious situation following the withdrawal of several major investors, Telegram has been ordered to halt the sale of its Gram crypto token. The US Securities and Exchange Commission said that it had obtained a temporary restraining order against Telegram and its subsidiary TON Issuer, claiming the tokens were unlawfully sold.

“We allege that the defendants have failed to provide investors with information regarding Grams and Telegram’s business operations, financial condition, risk factors, and management that the securities laws require”, said Stephanie Avakian, co-director of the SEC’s Division of Enforcement.

After unveiling its plans to launch a blockchain network, Telegram and TON Issuer managed to raise $1.7 billion dollars. 2.9 billion Gram tokens were sold to 171 initial investors, while one billion of them were sold to 39 US investors. Both companies promised to distribute the first Grams to investors by 31 October, or else they will have to return the money.

SEC noted that since Telegram and TON Issuer had failed to register the sales and offers of Grams, which the SEC considers securities, they violated one of the commission’s rules.

"We have repeatedly stated that issuers cannot avoid the federal securities laws just by labelling their product a cryptocurrency or a digital token. Telegram seeks to obtain the benefits of a public offering without complying with the long-established disclosure responsibilities designed to protect the investing public”, said Steven Peikin, co-director of the SEC’s Division of Enforcement.

Arseniy Poyarkov, president of the BusinessDrom think tank, told RIA Novosti that Telegram wouldn’t be able to stop the release of its tokens and will have to reach a compromise with US authorities. The company has not yet commented on the issue.