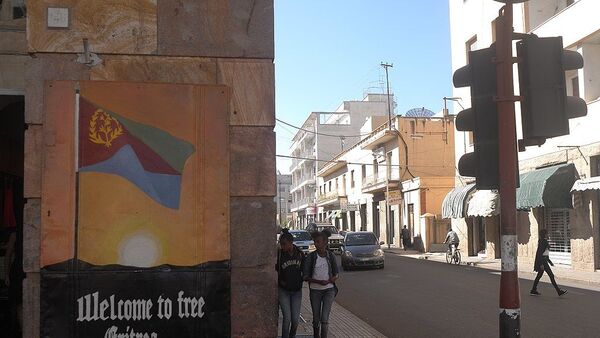 CC BY 4.0 / Martin Schibbye / The Independence Day of Eritrea
Subscribe
Africa is emptying. Thousands of people are fleeing their countries. In Italy, the debate is polarised between those who favour and oppose migration, but no one really dwells on the root causes of this phenomenon.

Migratory flows in Africa are often seen as inevitable given the internal problems of the continent. But Africa, a potentially very rich continent, is of important economic and strategic interest to the West and some say that this is preventing countries from achieving self-determination and development.

Sputnik Italy spoke to Eritrean writer Daniel Wedi Korbaria, who’s been living in Rome for several years, to discuss the situation from an alternative point of view.

Sputnik: Let’s start with the question that all Italians ask you – why do young people flee from Africa?

Daniel Wedi Korbaria: It was really a strategy to empty Eritrea and empty it of young people, who should defend the country; it was a strategy to take the country’s sovereignty and give it to Ethiopia, the US ally. Emptying Eritrea is allowing Ethiopia an easy conquest because Ethiopia needs the outlet to the sea it does not have.

Sputnik: In Italy, what they say about immigration is that “it has always been there, people have always migrates,” or they justify it with endogenous causes, such as desertification. But this is not really the case.  Which countries are the most interested in the African continent?

Daniel Wedi Korbaria: First of all, it’s France. France is overactive in Africa. It militarily destabilises any country, especially those related to the CFA franc, its former colonies. It is a country that is blackmailing as many as 14 African countries with the CFA franc. They say the CFA franc is voluntary, and that you can go out at any time; but it’s not true.

​Those African leaders, who tried to introduce an alternative currency and gain economic independence from France, were immediately silenced. They’ve been killed or made to disappear.

Young Africans escape to Italy because the economy of their country is under the French thumb and they have no other alternative.

Another country that is destabilising Africa is the United States.

Sputnik: How does the use of CFA franc allow the exploitation of the countries that use it? Does it impose new colonialism?

Daniel Wedi Korbaria: Yes, it is a way of linking the economy of these countries to the French one. All French-speaking countries, the former colonies, must respond to the French central bank. All exchanges, financial transactions are carried out in this currency. At the same time, the CFA franc cannot be exchanged for the euro in Europe; it has value only on African soil.

In fact, France owns these countries; almost 60% of the income of their economy goes to Paris. In exchange for loans, France obtained access to all telecommunications, infrastructure, ports, airports, electricity; everything is managed by the French multinationals.

It is a system created to get money and maintain those ancient chains of colonial slavery. It’s a very powerful weapon, which has become one of the main reasons for this migration.

Sputnik: And this is not only in French-speaking countries. Did France play a role in the destabilization of Gaddafi’s Libya which was one of the leading Pan-Africanist leaders, which aspired to Africa’s independence?

Daniel Wedi Korbaria: Gaddafi is badly seen in Italy because he was kicking out the Italians; but in reality, Gaddafi was a very popular leader in his country, because when he was there the quality of life in the country was very high. 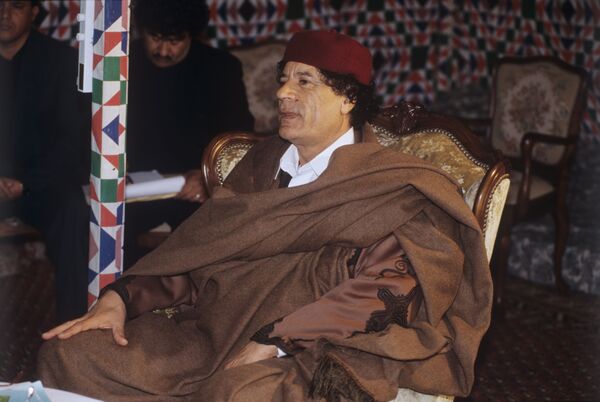 When the French realised that he had enough gold and silver to create an alternative currency to the CFA franc, the currency that would lift the economy not only of the French-speaking countries but of the whole Africa, they immediately decided to eliminate this danger, because France cannot live without the CFA franc.

How did they do it? They used the pretext of human rights; they started publishing fake news, like the famous one of Viagra given to the army to encourage mass rapes. Thus, they were able to attack Libya. But in reality they wanted to get rid of Gaddafi just because he was creating an alternative currency to the CFA franc.

Since 1963, France has got rid of 22 heads of state. This makes you understand that for them the CFA franc is vital, they cannot do without it. It’s necessary to crush this chain that is strangling the economy of many countries.

Sputnik: And how could this chain be broken?

Daniel Wedi Korbaria: We need to make the African youth aware; we need to open their eyes. The situation when the Africans suffered and could not do anything will not happen again. In Africa, there are already several movements that are protesting against the French, and sooner or later a revolution will take place, this is inevitable.

Sputnik: On 2 March, there was a demonstration in Rome against the CFA franc. There is a glimmer of pan-Africanist movement in Italy. What are the values, principles and objectives of this movement?

Daniel Wedi Korbaria: Most of the movement’s members came from all over Europe, from France, Belgium, to participate in the event. I was there and I made videos that were later published. And there most of these African were saying “No to CFA.”

There were no journalists at the event, but a day after, some newspapers, like Il Fatto Quotidiano, began to take an interest, they learned about our slogans.

What we do is to communicate with our brothers left at home; we tell them what we learn and see here, we tell them so that they not fall into the traps of those who try to deceive them. This migration is based on deception. 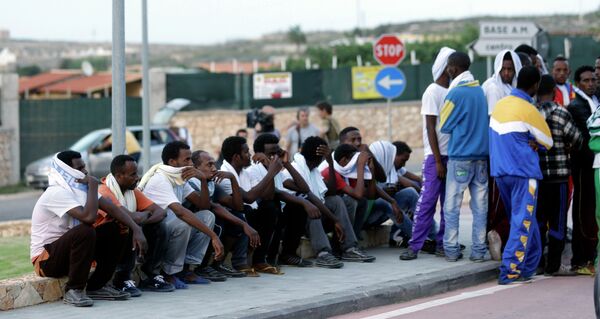 The migrants arriving here are convinced that they will find the land of plenty and will make money immediately. Because this is what they always hear. They deceive migrants and make them get on a rubber dinghy that will most likely deflate a few kilometres away and put the lives of the people it carries at risk.

Sputnik: So the only way to fight is the trafficking is fighting against imperialism?

Daniel Wedi Korbaria: Yes, we must all fight together, the Europeans, the Italians, the French; we must fight to never ever deal with this social plague. We should do it together because Africa cannot make it against the imperialist monster alone. But together with our European brothers, we can do it. What we need it boycott all those multinationals operating in Africa.

Sputnik: You mentioned the United States and their interests in Africa. You have written that a network of US military bases is being developed throughout Africa. What is it about?

They have military bases in 50 African states out of 54. Eritrea has refused to host an American military base, so it immediately became a target. This is why the US started helping the Ethiopians by creating this system to empty Eritrea.