Beijing Calls on US to Stop 'Unreasonable Pressure' on Chinese Companies, Including Huawei 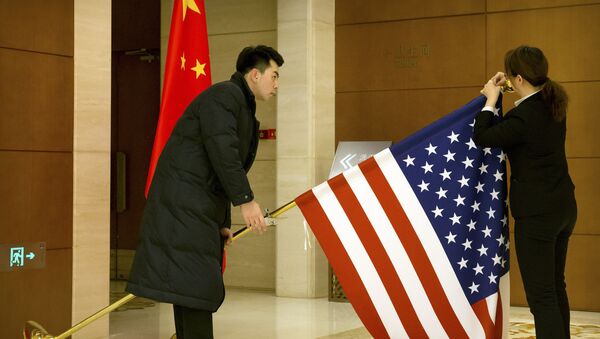 © AP Photo / Mark Schiefelbein
Subscribe
Earlier, The New York Times reported that in a bid to ease tensions between the US and China, the Trump administration is looking to issue licenses that would allow some US-based companies to supply non-sensitive hardware to Huawei.

Chinese Foreign Ministry Spokesman Geng Shuang told reporters on Thursday that Beijing had urged the US to stop unreasonable pressure on Chinese companies, including Huawei Technologies.

The remarks come after The New York Times cited unnamed sources as saying that the Trump administration is considering issuing licenses that would let certain US-based companies deliver non-sensitive hardware to Huawei.

The move could help in clinching an anticipated trade deal between China and the US, as both countries are engaged in the next round of negotiations this week in Washington.

The South China Morning Post has, meanwhile, reported that while Vice-Premier Liu He and the rest of Beijing's negotiating team were scheduled to remain in Washington until Friday, the delegation will now reportedly depart the US on Thursday, as talks have reportedly come to a standstill.

One source told the newspaper that “they have made no progress" as US officials refuse to budge on the issue of tariff increases. As of now, tariffs on some $250 billion of Chinese goods are scheduled to rise from 25% to 30% next week.

In May, the US Department of Commerce blacklisted Huawei and restricted the company's access to the purchase of US hardware, while also urging all of its allies to exclude the Chinese tech giant from their plans to establish a 5G network.

However, enforcement of the Huawei ban has been postponed and is now expected to come into effect on 19 November.

Huawei has, meanwhile, already provided its source code to the UK, Canada and Germany, which plan to use Huawei components in their high-speed 5G internet networks amid warnings from the US that they could compromise the security of military communications. 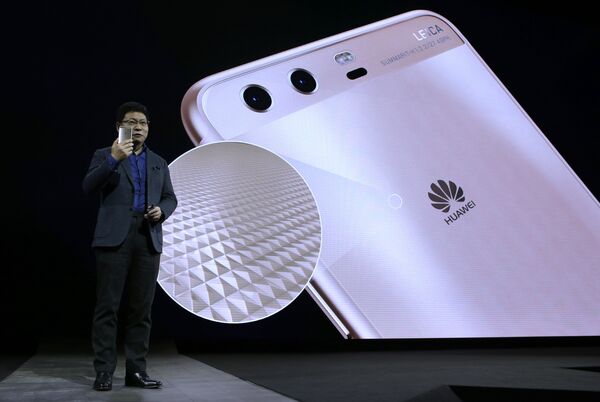 Apart from the US, Australia, Japan, and New Zealand also banned Huawei from participating in government contracts due to security concerns.

The White House has repeatedly accused Huawei of collaborating with the Chinese government by conducting spy activities in the US, charges that both the company and Beijing vehemently deny.

The US’ clampdown on Huawei is part of an ongoing trade dispute between the US and China, which recently escalated after President Donald Trump announced another hike on existing tariffs, targeting $550 billion worth of imports from China. This came as a tit-for-tat move after a new round of tariffs was announced by Beijing.

000000
Popular comments
The US has no right to stop the progress of companies from overseas that excel. To think that only US companies should succeed is preposterous and narcissistic.