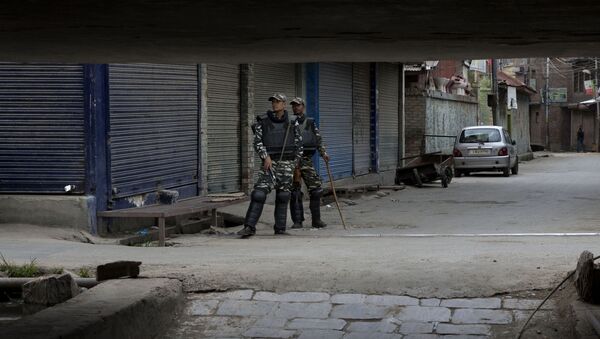 © REUTERS / Dar Yasin
Subscribe
International
India
Africa
New Delhi (Sputnik) The Indian state of Jammu and Kashmir on Wednesday released all politicians that had been held under house arrest in Jammu since India scrapped the region's special constitutional status at the start of August.