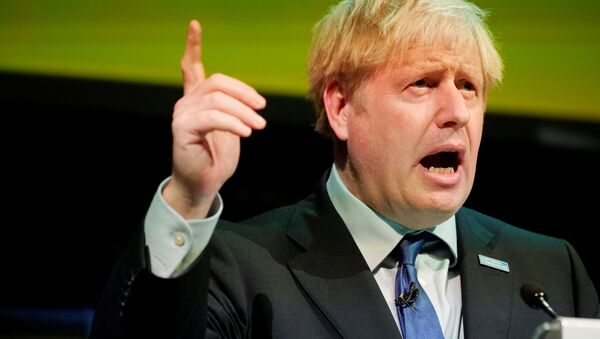 MOSCOW (Sputnik) - UK Prime Minister Boris Johnson is on the verge of revealing the details of his final Brexit plan to EU leaders, expected within the next 24 hours, media said.

The plan will include his alternative to the Irish backstop, an all-Ireland "economic zone" that would allow agricultural and food products to move around the island of Ireland without border checks, The Telegraph daily cited its sources as saying on Monday.

Johnson's office will reportedly outline the plan in a series of phone calls to EU capitals.

The formal text will be delivered to Brussels after the prime minister addresses his Conservative party at the conference in Manchester on Wednesday.

Previously, Chancellor of the Exchequer Sajid Javid said at the Conservative Party conference on Monday that Brexit is "not a matter of if, it's a matter of days", specifying that it will take place in 31 days with or without a deal.