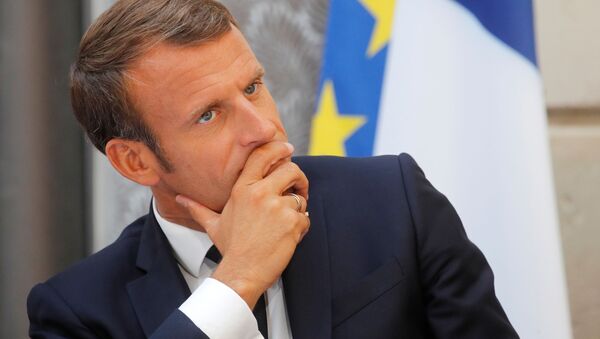 PARIS (Sputnik) - France will work on convincing the United States to remove Sudan from the list of state sponsors of terrorism, French President Emmanuel Macron said on Monday.

"As I said, we will be together with Sudan in various regards. First of all, in political regard, to help complete the discussions that were just mentioned, and to consolidate the transitional government. Next, in the economic regard through an unconditional short-term economic assistance ... and also by working to convince the United States to lift sanctions and remove Sudan from the list of terrorist countries," Macron said at a joint press conference with Sudanese Prime Minister Abdalla Hamdok in Paris.

The president also announced his intent to host an international conference on Sudan in France.

The United States added Sudan to its list of state sponsors of terrorism on August 12, 1993. These sanctions, in particular, limit the Sudanese banks' ability to work with foreign partners. Earlier this August, Sudan’s new prime minister, Abdalla Hamdok, announced the start of negotiations with the United States on removing the country from the state sponsors of terrorism list.