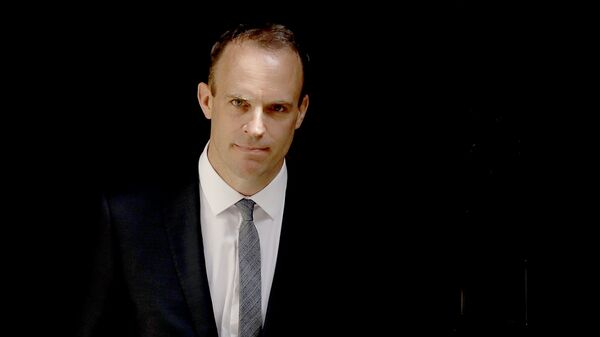 Last week, two of Saudi Aramco's oil facilities were targeted by drones, forcing the oil company to close its Abqaiq and Khurais refineries. While Yemen's Houthis claimed responsibility for the attacks, Riyadh and Washington blamed Tehran for the incident. The Islamic Republic denies the allegation.

"From the information I have seen, I find it entirely implausible and lacking in credibility to suggest that those attacks came from Houthi rebels," Raab told the BBC on Sunday.

Raab did not specify whom London puts the blame for the attacks on.

"Before we attribute responsibility I want to be absolutely crystal clear because that will mean the action that we take can be as robust and as widely supported as possible," the minister added. 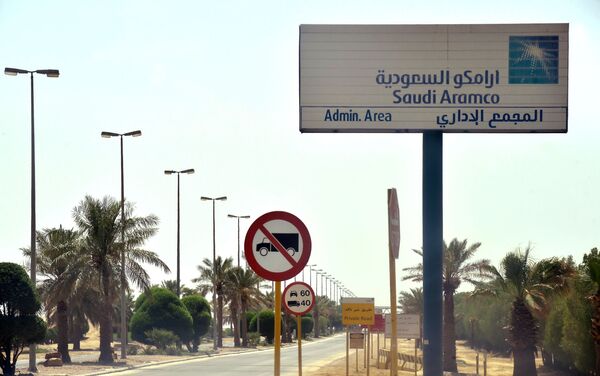 A picture taken on September 15, 2019 shows the entrance of an Aramco oil facility near al-Khurj area, just south of the Saudi capital Riyadh
© AFP 2022 / FAYEZ NURELDINE

However, Washington pointed the finger at Tehran, saying that the Islamic Republic bears responsibility for the attacks. Iran dismissed the allegations as absurd and unsubstantiated.

Houthis have since warned Saudi Arabia of new, more damaging attacks on the country's vital facilities if Riyadh continues military action against those parts of Yemen under the movement's control.

Tensions rose further after the US administration ordered new economic sanctions against Iran, targeting the country's central bank and its sovereign wealth fund. Tehran responded by saying that the US sanction policy had failed.