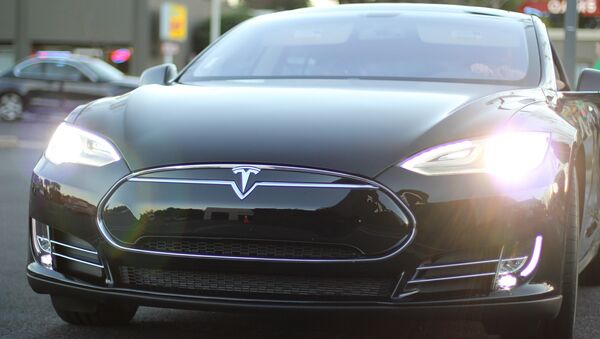 CC BY-SA 2.0 / Joseph Thornton / Tesla Model S Fog Lights
Subscribe
International
India
Africa
Following the recent launch of the Porsche Taycan, Tesla CEO Elon Musk appears to be on a mission to show that Tesla’s vehicles are still the highest-performing EVs available, aiming for 7:05 instead of the achieved 7:20.

Musk also said that Tesla has a new 7-seater Model S prototype at the Nürburgring racetrack, and it seems like the track testing could simply be about testing new versions of Tesla’s Model S and the new 3-motor “Plaid Powertrain” instead of going after the Porsche Taycan Turbo’s record – yet still ended up beating it by about 20 seconds with a 7:23 time, according to a witness.

Later, Tesla officially confirmed that its own data shows that the “Model S Plaid” can achieve a 7:20 time and that the company is aiming for 7:05 when the Model S returns next month.

Data from our track tests indicates that Model S Plaid can achieve 7:20 at the Nürburgring.

With some improvements, 7:05 may be possible when Model S returns next month.

Tesla also shared some data from its record lap attempt, including mechanical power data and longitudinal acceleration, showing that the Model S Plaid prototype reached up to 500 kW in power during the lap.

Until then, auf Wiedersehen Germany 👋

Here’s some of our initial Model S Plaid data to keep you buzzing until we return: pic.twitter.com/cWk9EModcM