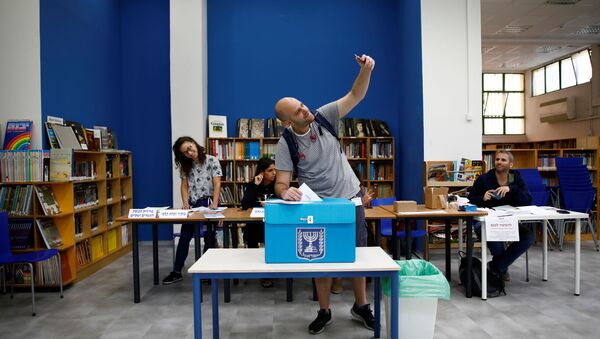 JERUSALEM (Sputnik) - Israeli Prime Minister Benjamin Netanyahu said Tuesday the turnout at right-wing strongholds was "a disaster" on the day of the parliamentary election.

​The prime minister tweeted pictures of the voting process in two polling stations, one semi-empty and the other crowded.

The prime minister called on his supporters "to go and vote, otherwise, we will get the left-wing government with the Arab parties!"

According to the i24NEWS news agency, Netanyahu hastily summoned members of the Likud centre-right party and Knesset for an emergency meeting at his residence in Jerusalem, in light of the turnout news.