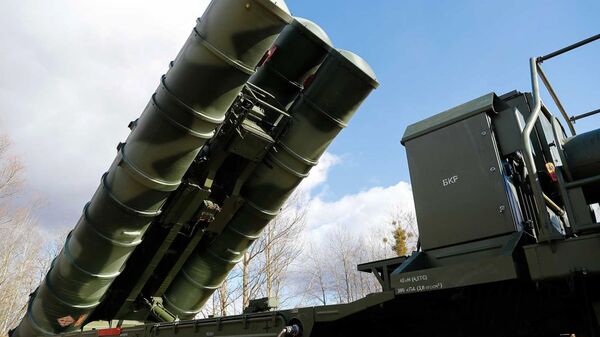 Ilya Tsukanov
All materialsWrite to the author
Capable of detecting, tracking and destroying all manner of manned aircraft, drones, cruise and ballistic missiles, the S-400 is currently the most advanced mobile air defence system in Russia’s arsenal.

A recent article in Krasnaya Zvezda, the official newspaper of the Russian defence ministry, was accompanied by a photograph showing an unusual looking S-400 missile launcher, with the launcher’s traditional upside-down horseshoe formation of four large missile tubes replaced by one traditional launcher off to one side accompanied by four more compact tubes on the launcher bed’s left side.

The article was dedicated to the recent Russian-Serbian air defence exercises, known as ‘Slavic Shield 2019’, which featured air defence troops from the two countries using S-400s and Pantsir-S anti-aircraft systems to simulate a response to a massive air attack by a mock enemy at the Ashuluk training ground in Astrakhan region, southern Russia. 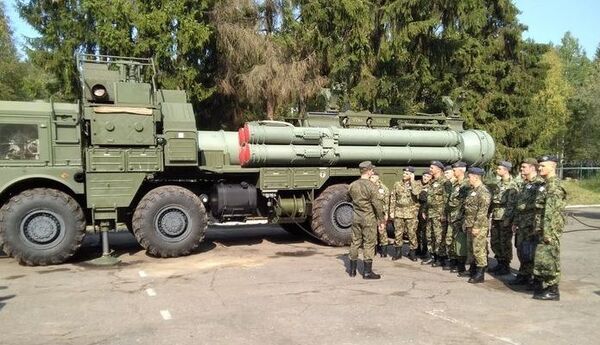 Krasnaya Zvezda did not mention the apparent non-standard S-400 launcher, with the article only going into detail about how Russian troops acquainted their Serbian colleagues with the capabilities of the S-400’s 91N6E ‘Big Bird’ target acquisition and battle management radar, and mentioning that the Serbian troops were shown the steps in the system’s operation.

However, the mystery photo, combined with footage from a report on the drills by Zvezda, the defence ministry’s official television channel, showed Serbian troops observing the unusually stocked S-400 launcher.

Eagle-eyed observers from bmpd, a military blog affiliated with the Center for Analysis of Strategies & Technologies (CAST), a Moscow-based defence-related think tank, were the first to spot the unique-looking S-400, and assumed that alongside the more standard-looking 48N6 missile (which has a range of up to 250 km), the cluster of missiles off to other side of the launcher’s bed were 9M96s – a shorter-range (12-120 km) guided missile also used in the system.

The interchangeable deployment of both types of missiles on a launcher has previously been shown at exhibitions. However, this is the first time the combination has been shown on this particular truck configuration, and on active duty with Russian air defence troops.

Russia is assumed to field nearly two dozen regiments of S-400s across at least 41 artillery battalions, with hundreds of launchers deployed across the western, eastern, southern and central military districts to defend the country's airspace. Belarus, China and Turkey possess export versions of the S-400, with Russia pledging last week to begin delivering the system to India within the next year-and-a-half. Turkey and India have both committed to buying the Russian air defence system despite the threat of US sanctions.