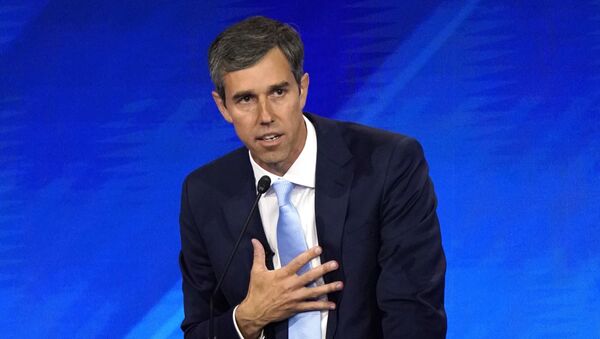 The O'Rourke campaign said on Friday that they had reported a threat made by Republican Representative Briscoe Cain to the FBI, according to The Guardian.

The statement comes hot on the heels of the tweet in question having been removed from the micro blogging platform as it was "in breach of it's rules prohibiting threats of violence against individuals or groups".

Rep. Briscoe Cain took to Twitter following the third Democratic presidential debate in Houston on Thursday saying “My AR is ready for you Robert Francis", the message referring to presidential candidate and fellow Texan O'Rourke who shortens his birth name 'Robert Francis' to 'Beto'.

The tweet was initially published after O'Rourke lashed out on the existing firearms policy in the United States, saying on the debate stage: "Hell yes, we're going to take your AR-15s".

O'Rourke responded to the tweet directly calling it "a death threat".

This is a death threat, Representative. Clearly, you shouldn't own an AR-15—and neither should anyone else. pic.twitter.com/jsiZmwjMDs

​The 34-year-old Republican lawmaker responded to O'Rourke's tweet, calling the candidate "a child".

Beto O'Rourke has consistently supported tighter firearms regulation and referenced the El Paso shooting in August at the debate, vowing to ban assault weapons if he were to enter the White House.