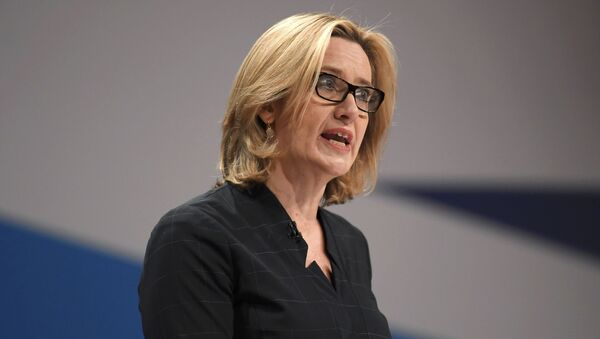 UK Work and Pensions Secretary said she is resigning amid expulsions in conservative party.

UK Secretary of State for Work and Pensions Amber Rudd took to Twitter on Saturday to announce her resignation from cabinet. "I cannot stand by as good, loyal moderate Conservatives are expelled," Rudd wrote, adding that she had spoken to the Prime Minister and her Association Chairman to explain the situation.

I have resigned from Cabinet and surrendered the Conservative Whip.

I cannot stand by as good, loyal moderate Conservatives are expelled.

I have spoken to the PM and my Association Chairman to explain.

I remain committed to the One Nation values that drew me into politics. pic.twitter.com/kYmZHbLMES

​Earlier this week, UK prime minister Boris Johnson's brother, Jo Johnson, announced he will resign as cabinet minister and MP after stating he was "torn between family loyalty and the national interest".

Johnson tweeted on Thursday that there was "unresolvable tension" in his role amid the country's ongoing Brexit turmoil.

This came as the British Prime minister failed to secure a majority to approve triggering snap elections, where MPs voting 298 to 56 for and against, respectively, falling short of the 434 lawmakers required to vote for the early ballot.

Commons had earlier adopted a bill to push back Brexit after 31 October if a deal could not be struck with Brussels.