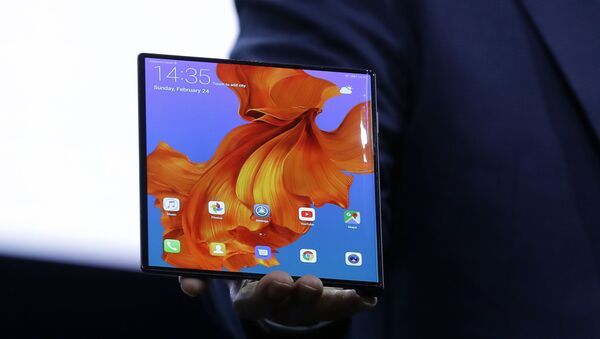 Richard Yu, CEO of Huawei’s consumer business group, said that their 5G device, which is intended to double as a tablet and a smartphone, will “soon be on the market, maybe next month.”

Briefing with reporters at the IFA consumer electronics show in Berlin Friday, Yu confirmed that the Mate X, which was originally scheduled to launch in mid-2019, could hit the market as soon as October.

The Mate X was unveiled in February – with a price starting at 2,299 euros, or roughly $2,600. In June, CNBC reported Huawei was delaying the launch of its foldable phone to conduct extra tests after Samsung’s foldable device, the Galaxy Fold, exposed glitches when it was used by reviewers.

Samsung delayed the launch of the $2,000-plus phone after some of the review units given to journalist were broken due to protective film removal. On Thursday, Samsung announced it would start selling the phone in South Korea this month, as well as the UK, Germany, France and Singapore after fixing the glitches and additional testings. The US launch date has yet to be disclosed.

Meanwhile, Huawei is also preparing to unveil its Mate 30 smartphone at a September 19 event in Munich amid political pressure from the US. Earlier this year, Huawei was put on a US entity list that limits its ability to buy and license technology from American companies, and it remains uncertain what kind of technical support it will receive.