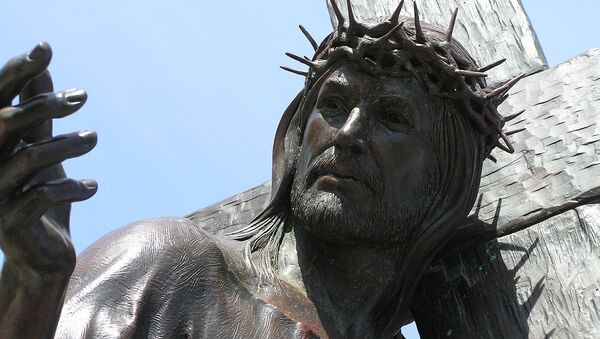 CC0 / /
Subscribe
Even as the archaeological team brought forward its findings regarding the possible location of the fabled Biblical town, other experts urged caution, noting that it remains merely a hypothesis at this point.

A team of archaeologists operating in the vicinity of Jerusalem has recently unearthed a millennia-old fortification which might help identify the location of Emmaus – a town which the New Testament names as the place where Jesus made his first appearance after his crucifixion and subsequent resurrection.

According to Haaretz, the Franco-Israeli team discovered an ancient Hellenistic fortification which was possibly built by the Seleucid general Bacchides who defeated Judah Maccabeus, at Kiriath Yearim, a hill that overlooks the western approach to Jerusalem.

"The importance of this site, its dominant position over Jerusalem, was felt again and again through time: in the eighth century B.C.E., and then again in the Hellenistic period and then again after the First Jewish Revolt and the sack of Jerusalem in 70 C.E.", said Tel Aviv University archaeologist Israel Finkelstein.

Having consulted historic accounts detailing the list of fortifications erected by Bacchides, "the only known case of large-scale fortification construction in Judea during this period", as Thomas Römer, a professor of biblical studies at the College de France, explained, the researchers noticed that while Kiriat Yearim isn’t mentioned there, the lists do include one location to the west of Jerusalem, that "was known to Josephus and to the author of 1 Maccabees as Emmaus".

With this in mind, and considering the apparent lack of any other known Hellenistic strongholds west of Jerusalem, Finkelstein and Römer now believe that the hill and the adjacent town of Abu Ghosh should be identified as Emmaus.

Römer also pointed out that there are ancient traditions linking Kiriath Yearim and Abu Ghosh to Emmaus, with crusaders building the Church of Resurrection in the town in the 12th century.

However, Benjamin Isaac, emeritus professor of ancient history from Tel Aviv University, urged caution, noting that while “Finkelstein and Römer have a good case archaeologically, geographically, and topographically,” their hypothesis is just that, a hypothesis, at this time.

000000
Popular comments
lmao
ian
1 September 2019, 23:47 GMT
000000
Preterist-ADSeventy, JHe was only Jesus after 159AD, till the Jmmanuel. JC wasn't crucified/killed. just nailed up.. till he recovered and went on to preach in the near East, died at over 100, had married and had 3 sons, and buried in Srinigar today's India. The creators of tghe fake Cult, omitted several chapters from their version of the bible that gave Jmmanuel's true origin, Gabriel et dad etc. These Chaptes are in The Talmud Jammanuel translated into German from Aramaic by Isa Rashid.