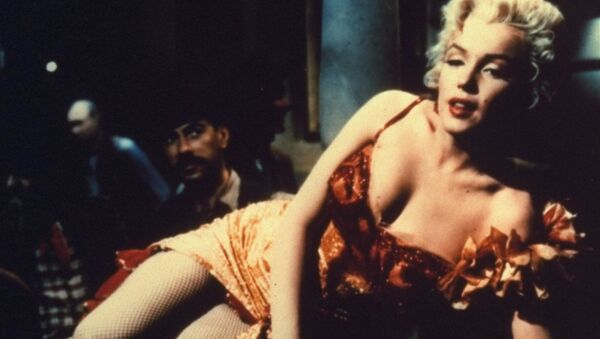 The death of Marilyn Monroe, one of the most iconic actresses of all time, remains a mystery to this day. But initially, it was dismissed as a suicide. Even though the first responder police officer who came to the scene thought something was fishy, it took twenty years of mounting public demands to reopen the investigation, The Daily Mail recalled Saturday.

On Sunday, Fox News will premiere the final episode of its show ‘Scandalous: The Death of Marilyn Monroe’. The episode will focus on the recollections of the police officer Jack Clemmons who first arrived to Monroe’s house where she was found dead early in the morning on 5 August 1962, 57 years ago.

The Los Angeles Police Department (LAPD) officer who first arrived at the scene, grew to believe the actress did not commit suicide. Despite his suspicions, he never reported them, says Gary Vitacco-Robles, the author of Monroe’s biography book ‘Icon.’

An autopsy indicated Monroe died of acute poisoning with chloral hydrate and Nembutal – both strong sedatives.

According to Clemmons’s recollection of events, there was no drinking glass or cup in Monroe’s room; without a cup of water, it is impossible to take down dozens of pills required for lethal overdose. However, Clemmons does recall that when he came, Monroe’s housekeeper Eunice Murray was washing something in the washing machine.

​Clemmons noted that as “suspicious,” but, as a first responder, did not investigate what Murray was washing.

“The implication is that she was destroying evidence,” Vitacco-Robles says.

Strangely, a police photo taken at the scene shows a designer drinking glass standing next to Monroe’s bed. The glass is believed to be one of a set of twelve which Monroe bought in Mexico. The current owner of the set says one glass is missing, which might indicate it has been taken by the police as evidence, The Daily Mail report says.

Since death scene photos is a topic let’s talk about Marilyn Monroe’s. pic.twitter.com/j4OIrJM8QM

​There is also another strange discrepancy in Monroe’s investigation that Clemmons alludes to: right after her death, the entire inventory of her house was made and, for some reason, dishwasher and dryer were not listed on it.

According to the Fox Documentary, Clemmons “had every motive” to try to discredit the LAPD with his allegations. Clemmons was forced to resign from the department in the 1960s after he and three others claimed that Republican Senator Thomas Kuchel was involved in homosexual activity.

Clemmons’s allegations “were repeated by him and others for years to come, fueling virtually every conspiracy theory going forwards,” the Fox documentary says.

In the following 20 years, public awareness surrounding Monroe’s death steadily increased, which eventually pushed the Los Angeles district attorney to reopen the investigation in 1982 to determine if there is enough evidence to treat the actress’s death as a homicide. The new investigation did not find evidence to support murder claims. Still, this has never silenced conspiracy theorists who continue to allege that Monroe’s death could have been connected to her purported affairs with John F. Kennedy and his brother Robert F. Kennedy.

000000
Popular comments
Marilyn Monroe had scheduled a Press Release on UFO's after talking with JFK and Bobby Kennedy in their respective bedrooms about them. She was murdered the night before that press release was to take place. He death was partially caused by a large animal barbiturate suppository inserted inside her nude body and the EMT's reported her personal Doctor finished her off with a mysterious shot to the heart as the EMT's were attempting to revive her and were swept aside by her personal Doctor who administered a shoot to her heart upon which she immediately died. Her personal diary containing her press release notes was stolen and missing. Her autopsy flesh sampling where the large animal suppository had been inserted were stolen from the LA forensic labs.