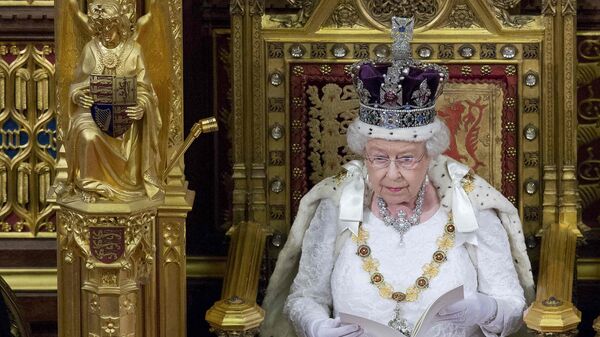 In June 2016 the people of Britain voted narrowly in favour of exiting the European Union. Since then Parliament has been deadlocked about how to carry out Brexit and Boris Johnson appears to have run out of patience.

The Queen has granted Boris Johnson's request to suspend Parliament next month as the government seeks to stymie efforts to thwart a no-deal Brexit.

Downing Street says the Queen's Speech will take place on 14 October, only two weeks before the Brexit deadline.

Opposition leaders are up in arms as they say MPs would then have little time to pass laws which would prevent Mr Johnson taking Britain out of the EU on 31 October.

The Speaker of Parliament, John Bercow said the move was a "constitutional outrage."

He said: "However it is dressed up it is blindingly obvious that the purpose of prorogation now would be to stop Parliament debating Brexit and performing its duty."

​Mr Johnson said: "We need to get on with our domestic agenda and that is why we are announcing a Queen's Speech for 14 October."

Given her past statements opposing a no deal Brexit, it would be good to have confirmation from Ruth Davidson today that all Scots Tory MPs will back the cross party effort next week to stop it - and that they will also oppose Boris Johnson’s attempt to shut down Parliament.

​He denied MPs would not have time to debate alternatives.

Mr Johnson said: "That is completely untrue. If you look at what we're doing, we're bring forward a new legislative programme. There will be ample time on both sides of that crucial 17 October (European Union leaders') summit, ample time in parliament for MPs to debate the EU, to debate Brexit and all the other issues, ample time."

Downing Street confirmed on Wednesday that Mr Johnson had spoken to the Queen to request an end to the current parliamentary session in the second week of September.​

Shadow Home Secretary Dianne Abbott tweeted: "Boris Johnson is aiming for a coup against parliament. Against you the voters and your political representatives. For a disastrous No Deal where the only one to benefit is Trump."

The news comes only hours after Labour leader Jeremy Corbyn met opposition leaders and they agreed a pact to thwart a no-deal Brexit.

‘As finally as possible’.
Wow.
Remoaners now appear to be suggesting Boris Johnson is killed - for wanting to honour a democratic vote. https://t.co/SL58bVMYA9

​Mr Johnson has been accused by Parliamentarians of being anti-democratic but he is thought to be gambling on the public's appetite for Brexit to be delivered.

Tory MP and prominent Remainer Dominic Grieve said it was "an outrageous act", and predicted: "This government will come down."

The Irish government has said its position has not changed.

Irish finance minister Paschal Donohoe said a no-deal Brexit was not inevitable, adding: "With such a dynamic situation there are many many things that are possible between now and the end of October."

This is clearly the defence No 10 is going to run against charges of carrying out a constitutional outrage... there is going to be nothing 'bog standard' about the arguments ahead - PM has pitted himself against Parliament before MPs back - buckle up (and hello again)

The pound slumped against the dollar and the euro in early trading on Wednesday, 28 August, amid fears that Mr Johnson's move would make a no-deal Brexit more likely.

I think that Nigel Farage's speech yesterday may have played a part in the timing of Bojo's announcement. Well played all round

In a letter to Conservative MPs, Mr Johnson explained the reason he had decided to ask for a suspension of Parliament.

He said the current parliamentary session had lasted for 340 days - much longer than is usual - and needed to be brought to a close so that "key Brexit legislation" could be introduced in a new session.

Mr Johnson wrote: "I therefore intend to bring forward a new bold and ambitious domestic legislative agenda ​for the renewal of our country after Brexit....we will help the NHS, fight violent crime, invest in infrastructure and science and cut the cost of living."​

​He said the government's number one priority was to introduce a Withdrawal Agreement Bill and "move at pace to secure its passage before 31 October."

Mr Corbyn has claimed Britain would be left at the mercy of the United States and its President, Donald Trump, in the wake of a no-deal Brexit.

BREAKING | Boris is set to ask the Queen to suspend Parliament until October 14, paving the way for a new Queen's Speech - and preventing the Brexit-wrecking Remoaners from blocking a WTO Brexit. Finally, a PM who is willing to step up and defend the will of the British people!

The decision to suspend Parliament has met with a mixed reaction on social media, with Remainers claiming it was blocking democracy and supporters of Brexit seeing it as the only way of pushing through exit from the EU.

Many people have urged the Queen - who is the ceremonial head of state in the United Kingdom, but has never refused the request of an elected prime minister - to say no to Mr Johnson's request.

I wouldn't rely on the Queen, who is unlikely to refuse to do this. However, I do trust the two key institutions which, along with the (now rogue) executive uphold our democracy: Parliament and the courts.

I'll bet you Trump will look at the UK news this morning and tweet with envy, wishing he could dump Congress too. Then there will be justified outrage. And then he'll say he was only joking, but it will still be another small step closer to normalizing his authoritarian dreams.

The queen should say no.

When the dust has settled on this mess, we need wholesale constitutional reform to: