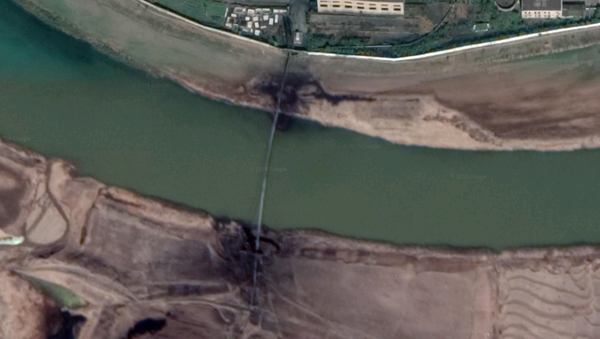 Analysts are raising alarm about a uranium enrichment facility in North Korea that appears to be leaking waste into a nearby river.

Jacob Bogle, a private blogger from Tennessee who writes about North Korean issues, wrote on August 3 that the Pyongsan uranium concentration plant in North Hwanghae Province shows signs of leaking into the nearby Ryesong River. However, the images are independently verifiable via Google Earth.

“Thanks to Google Earth, we can identify (unfortunately) that the pipe taking waste materials to the open reservoir has leaks and has been spilling toxic water into the Ryesong's tributary, which is then carried downriver until it finally empties into the Han River estuary and adds to the contamination of the Yellow Sea,” Bogle wrote. Photos on the blog show a slow but steady leak from the pipe, which crosses the river to reach the tailings pond, and waste accruing beneath over many years. 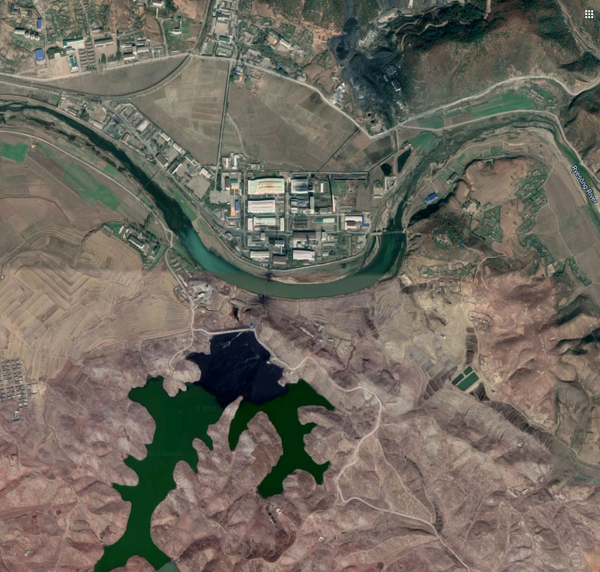 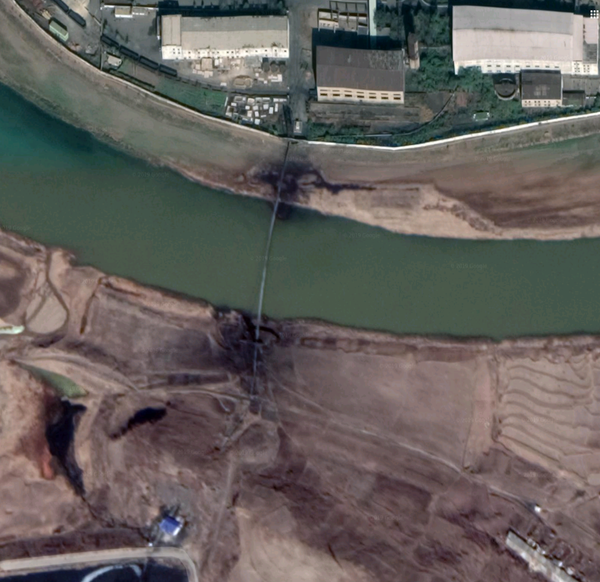 A closeup of the Pyongsan tailings pipe across the Ryesong River, showing leaking at both ends
© Sputnik screenshot

The Pyongsan facility is the largest in the Democratic People’s Republic of Korea (DPRK), built next to its largest uranium mine. Dating to the early 1980s, the facility went unused for many years until the early 2000s, when production was restarted, according to 38 North, a DPRK-focused analysis site run by Johns Hopkins University. It received a major refurbishment that was completed in 2015, as the country ramped up production of nuclear fuel for electricity-generating purposes.

Pyongsan processes uranium from coal and concentrates it into yellowcake, a more refined form of uranium that can be used for nuclear power or as the beginning of the process of creating a nuclear weapon. However, weapons-grade uranium is much more highly enriched than yellowcake, and extraction of plutonium for bombs requires further refinement still.

Like coal mining, the process of extracting uranium from the anthracite coal produces huge amounts of toxic water waste, which must be stored in tailings ponds. The mine’s annual output is roughly 10,000 tons, according to a January 2011 report by the Nautilus Institute, an East Asia-focused policy think tank based in Berkeley, California. That fuel goes to the Yongbyon Nuclear Power Plant.

In addition to the leaking pipe, the waste water reservoir, which covers roughly 338,000 square meters, appears to be unlined, meaning there’s no barrier preventing the toxic chemicals in the water from seeping into the groundwater. This also poses a danger to locals and their agriculture. 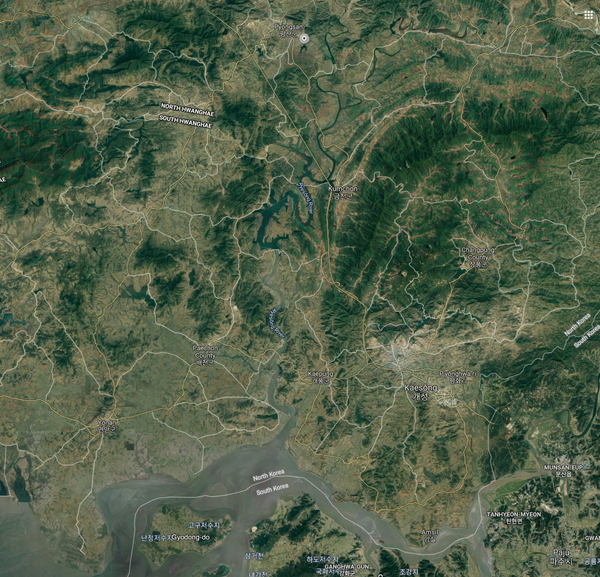 However, while Bogle’s blog, and other reports based on his findings, have raised alarm about the chemicals leaking into the Han River basin and the Yellow Sea beyond, none have commented on the impact of the large hydroelectric dam about 16 miles downstream, which has its own large reservoir behind it. If the radioactive material has been leaking into the river, it’s unclear how much of it has, or could, get past the dam.

Other hydroelectric facilities, such as the Conowingo Dam in the US state of Maryland, have become major potential dangers for life downstream precisely because they collect toxic materials behind them. The Conowingo Dam, which sits on the Susquehanna River, has trapped some 200 million tons of sediment from coal mining, farming and other industrial outflows further upstream in Pennsylvania, the Baltimore Sun reported last month.

However, Conowingo Dam has now reached the point where it’s “no longer capable of trapping sediment,” experts told the Sun, meaning it now flows freely through the dam’s discharge and further downstream - a situation the Ryesong dam could eventually reach. Roughly 200,000 people live downstream from the Pyongsan facility.