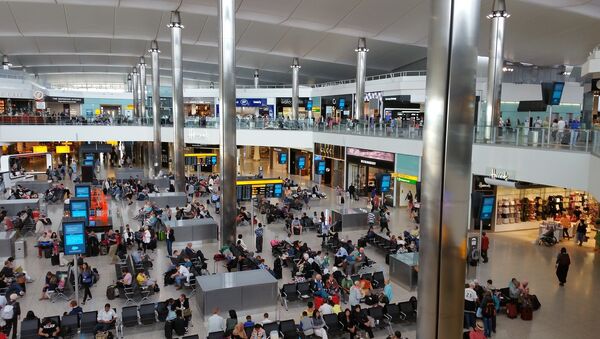 British Airways has had system failures in the past, leaving passengers stranded all over the world. In May 2017, some 75,000 passengers were stuck at Gatwick and Heathrow airports.

British Airways has said that flights have been returning to normal, adding, however, that there may be some knock-on operational disruption as a result of IT glitch.

​Flight operations at London's Heathrow, Gatwick and City airports were affected on Wednesday by a British Airways system failure, causing numerous delays and dozens of cancellations.

"A number of flights continue to operate but we are advising customers to check the latest flight information before coming to the airport and to leave additional time," British Airways posted on their website.

The check-in counters were paralyzed by the IT glitch, creating chaos among passengers and freezing online registration.

Passengers were warned that the disruption had affected flights across the United Kingdom and Europe.

The company added that they offer a refund or the opportunity to shift bookings to another day for customers scheduled for short-haul flights departing from London's airports today.