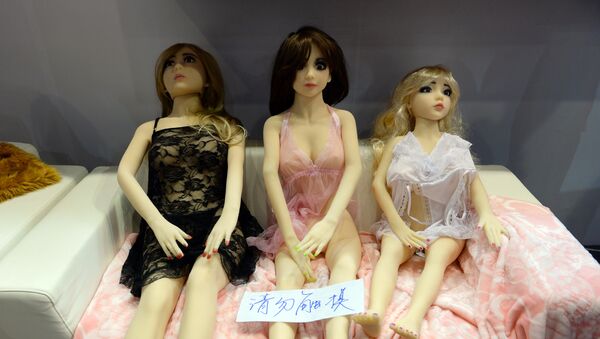 The petition’s author argues that sex dolls could be customised to create copies of actual people, and that imports of these objects might lead to a rise in sex-related crimes.

A petition to the South Korean president’s office calling for life-size sex doll imports to the country to be banned has gained over 237,000 signatures, passing the threshold required for the authorities to respond to it, the Daily Star reports.

According to the newspaper, the petition’s author claims that the flow of sex dolls from abroad might result in an increase in sex crimes in the country.

Earlier, the South Korean customs agencies blocked the import of sex dolls, citing a law restricting materials that "corrupt public morals," the tabloid points out, though the dolls themselves have not yet been deemed illegal.

But in January the Seoul High Court said in a ruling, which was recently upheld by the supreme court, that sex dolls "were for personal use and should be treated differently than pornography."

A spokesman for Incheon Main Customs was quoted by the tabloid as saying that they already allowed sex doll imports from Japan and were currently mulling whether to release the dolls imported from China, Lee Sang-jin, CEO of luxury sex toy brand MSHarmony Co, pointed out that "a lot of individuals" had been travelling abroad to "bring back dolls since the court ruling".

Lee also dismissed the concerns of the petition’s author who has also alleged that sex dolls could be customised to create copies of actual people.