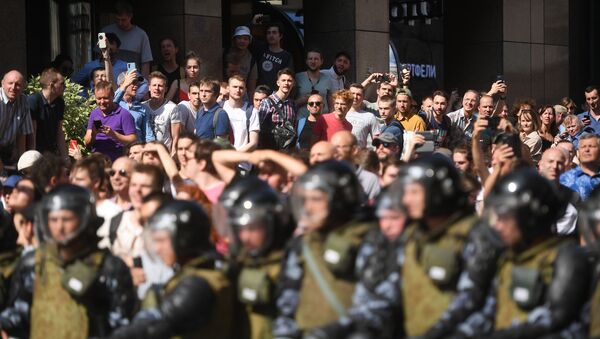 MOSCOW (Sputnik) - Moscow's Tverskoy Court sanctioned on Monday the arrest of a man who had injured a member of the Russian police's special operations unit during the unsanctioned protests in the city centre on 3 August, the court's press service said.

"The court has ruled to place Pavel Ustinov under arrest," the press service said, adding added that the man was being charged with assaulting a government employee.

According to the prosecution, Pavel Ustinov dislocated the serviceman's shoulder during a clash at the mass protest in Moscow on Saturday.

Moscow's district courts have already authorized the arrests of more than 100 people for their participation in the protests.