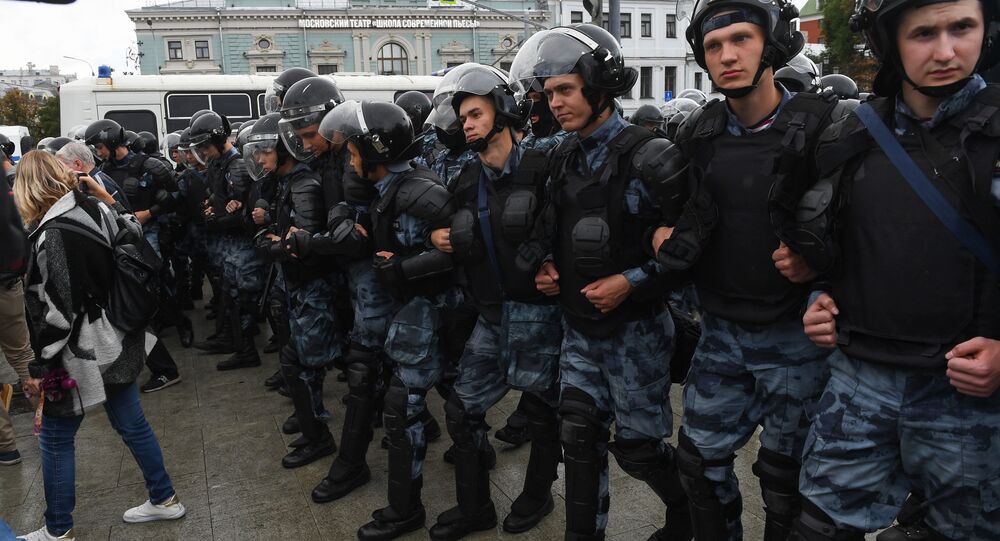 Last week, the opposition held another unauthorised protest after several candidates failed to be registered for the upcoming city parliamentary elections.

Police officers have urged people to break up a rally in the centre of Moscow and begun detaining protesters, a RIA Novosti correspondent reported.

According to official information, about 1,500 people attended the event, and police have arrested up to 600 protesters. At the moment, law enforcement personnel are pushing people out of Pushkin and Trubnaya squares, closing the entrance to the latter through the Boulevard Ring.

In the meantime, up to 1,000 people are taking part in a protest on Lenin Square in St Petersburg, the Russian Interior Ministry said, adding that the event is authorised.

Addressing the rallies last week, Mayor Sergei Sobyanin stressed that civil order would be enforced in the capital in accordance with the law and warned against any attempts to fuel violent riots.