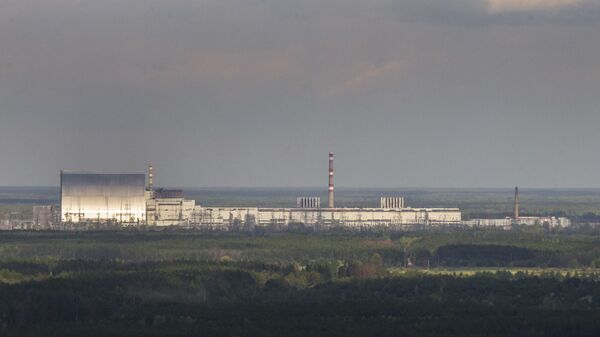 The ruins of the city that was abandoned by its residents in the aftermath of a nuclear disaster over 30 years ago have now reportedly become an urban warfare training range for Ukrainian troops.

Tourists travelling to the ruins of Pripyat to visit the site of one of the worst nuclear disasters in history have recently started stumbling upon sights like walls ridden with gunfire as Ukrainian armed forces apparently use the area to conduct military drills, Deutsche Welle reports.

According to DW, the press service of the Ukrainian National Guard confirmed that their servicemen do take part in urban warfare exercises in the Chernobyl area, because apparently Ukraine lacks the necessary facilities that would allow for training troops in other, less irradiated parts of the country; but they did not elaborate on when the last such exercise was conducted, and neither their website nor the website of the Ukrainian Interior Ministry contain any information about the exercises.

The media outlet notes that live fire exercises pose a threat to tourists who sneak into the Chernobyl Exclusion Zone illegally, and that it remains unclear exactly how safe it is for the troops to train in the area. The exercises were also criticised by activists who are seeking to turn the city of Pripyat into a museum.

The Chernobyl disaster, considered to be one of the worst nuclear accidents in history, occurred in April 1986. The ensuing contamination led to nearly 8.4 million residents of modern-day Belarus, Ukraine and Russia being exposed to high levels of radiation, while over 400,000 people were forced to evacuate the most polluted areas.

Recently, public interest in Chernobyl has been rekindled following the release of a critically acclaimed HBO series about the tragedy, with tourists flocking to the irradiated disaster area in droves.