South Korea, US Agree to Discuss Cost Sharing for US Troops in 'Fair' Way - Reports 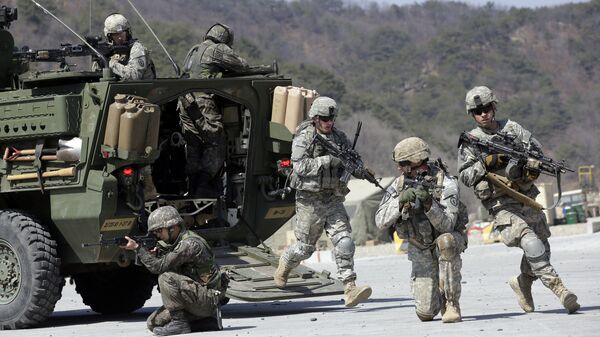 MOSCOW (Sputnik) - Seoul and Washington have agreed to hold "reasonable and fair" discussions on sharing the cost for maintaining the 28,500-strong US force stationed in South Korea, Yonhap news agency reported on Tuesday, citing a foreign ministry official.

The agreement was reached during US National Security Adviser John Bolton's visit to South Korea last week, according to the Yonhap news agency.

"When US National Security Adviser John Bolton was visiting Korea on July 23 and 24, South Korea and the U.S. agreed to have consultations over the sharing of the defense cost in a reasonable and fair direction," the official said on condition of anonymity as quoted by the agency.

The South Korean JoongAng Ilbo daily newspaper reported earlier that the United States allegedly wanted to request that Seoul pay $5 billion under a renewed cost-sharing deal next year, which is more than five times what South Korea contributed in 2018.