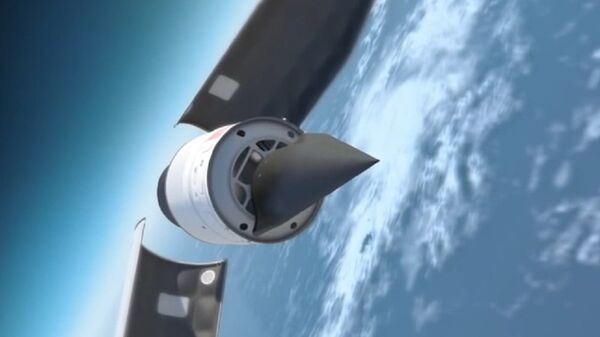 Earlier this year, the US Air Force announced that it was in a ‘race’ with Russia and China to develop new hypersonic missile systems, with the Pentagon saying it would use President Trump’s new ‘Space Force’ to try to counter Russian and Chinese advances in this area. The US expects to test at least two hypersonic missiles by the end of 2019.

In addition to the seven Pentagon hypersonic missile-related projects which have already been publically acknowledged, the US is also working on ‘at least two more’ similar programmes, and they are shrouded in mystery, anonymous officials have told Aviation Week magazine.

The precise nature of the new weapons is unknown, although the outlet discovered that they are represented by the acronyms “HACM” and “HCCW.” These clues were found on the LinkedIn profile of one Mr. Greg Sullivan, an engineer with knowledge of every one of the Defence Department’s other publically revealed hypersonic programmes.

According to the magazine, the “HACM” and “HCCW” acronyms disappeared from Sullivan’s LinkedIn page soon after it had contacted the Air Force for more information. The Air Force did not acknowledge the existence of any programme with those names.

“Well, the H is obviously ‘Hypersonic’. The rest suggests a mix of ‘A’ for Advanced’ or ‘Air-Breathing’ or ‘Air-Launched’. ‘C’ for ‘Conventional’ or ‘Capability’ or ‘Concept’, ‘M’ for ‘Missile’,” Dr. Hallion explained. 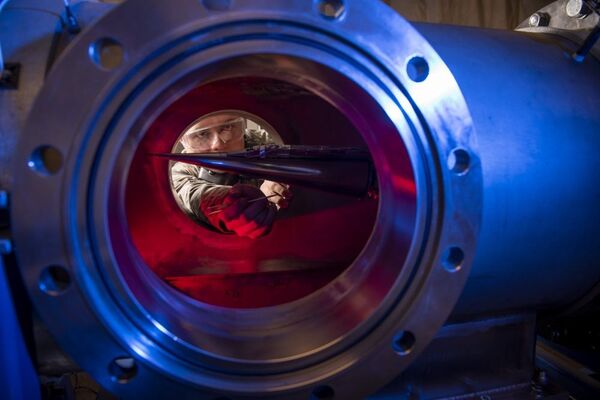 For his part, Justin Bronk, a research fellow at the Royal United Services Institute, a UK-based defence think tank, said HCCW could stand for “Hypersonic Counter-Cruise Weapon,” which would support his theory about the US’s gap in developing an intercept capability to counter Russian and Chinese hypersonic cruise capabilities.

Bronk’s logic follows from the fact that the US’s seven acknowledged programmes already include a variety of air, sea and ground-launched systems, among them two types of boost-glide systems and a scram-jet powered cruise missile. The programmes cover the gamut of strike options, from tactical and conventional to strategic.

Each of the projects features a lavish budget and is contracted out to major US aerospace companies, including Lockheed and Raytheon. The Pentagon is projected to spend over $10.5 billion on the research efforts between 2020 and 2024, with only $7.95 billion of that accounted for with the seven other projects. 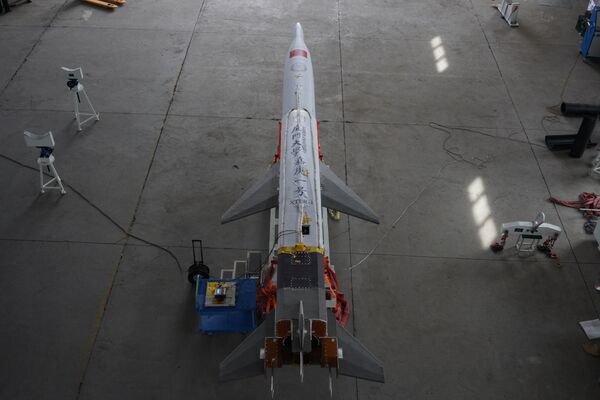 Earlier this year, US Strategic Command Chief Gen. John Hyten told the Senate Armed Services Committee that his command would have problems containing state-of-the-art Russian hypersonic weaponry in the years to come. According to the general, this justifies efforts to extend the New Strategic Arms Reduction Treaty to cover such weaponry. That treaty is set to expire in 2021 unless Russian and US negotiators can agree on its extension.

Russia’s hypersonic capabilities were first revealed by President Vladimir Putin in a speech last year, with the systems including air, sea and ground-launched missile systems designed to guarantee a Russian strategic response in the event of war, regardless of US anti-missile defence systems, and even in the event of a US first strike. Putin previously warned Russia’s partners that the US exit from the Anti-Ballistic Missile Treaty in 2002, and Washington’s refusal to partner with Moscow on a common European-wide anti-missile shield in the early 2000s, would prompt Russia to build up its own capabilities in this area in order to guarantee global strategic stability. 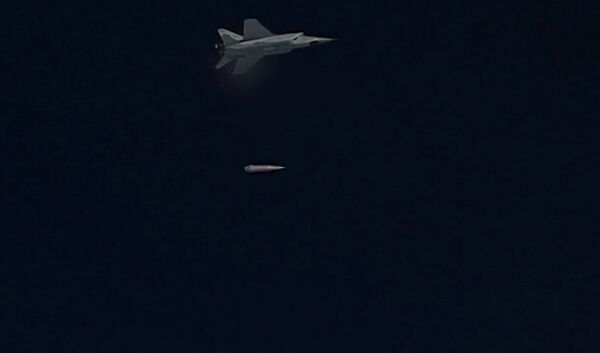 The Russian Aerospace Forces conducts test launch of a Kinzhal hypersonic aviation and missile system
© Russian Defence Ministry
/
Go to the mediabank
Newsfeed
0
Access to the chat has been blocked for violating the rules . You will be able to participate again through:∞. If you do not agree with the blocking, please use the feedback form
The discussion is closed. You can participate in the discussion within 24 hours after the publication of the article.
To participate in the discussion
log in or register
loader
Chats
Заголовок открываемого материала