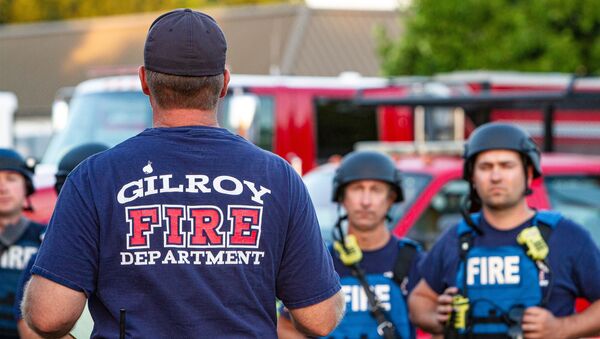 The shooting started during the three-day California Garlic Festival, an event featuring food, cooking competitions and music that draws in more than 100,000 people.

According to Gilroy police chief Scot Smithee statement, there are four dead, including a suspect, It's possible that a second suspect was also responsible for the California Garlic Festival attack.

Police believe that a second person was involved in the mass shooting at the festival, the local police chief said in a statement. The manhunt is underway, he added.

A second person, "was involved in some way, we just don't know in what way," Smithee said.

"We have no idea of a motive," he also said.

"Officers were in that area, and engaged the suspect in less than a minute. The suspect was shot and killed," said Smithee.

The police and emergency services responded to an active shooter situation at Christmas Hill Park of San Jose in California, where Gilroy Garlic Festival is taking place.

The police said that multiple people were shot. NBC Bay Area reported that ambulance crews were told 11 people "were down".

The police later confirmed on Twitter that there are victims of the incident.

The hearts of Gilroy PD and entire community go out to the victims of today's shooting at the Garlic Festival. The scene is still active. If you are looking for a loved one, please go to the reunification center at Gavilan College at parking lot B. #GilroyActiveshooter

​Hours later local city city councilman Dion Bracco told the New York Times that three people were killed and another twelve injured in the shooting and that the suspect in custody.

"They don’t know if there were more, so they have to treat it as an active situation. We have police out here from as far away as San Jose," Bracco said.

There were no immediate reports on the circumstances of the shooting, however, a witness reported that a male in their 20s started shooting at one of the booths at the festival.

There were also multiple videos from the scene circulating on social media showing people running away from the food stands at the festival.

yo somebody was shooting at the gilroy garlic festival. be safe pic.twitter.com/B39ZIYe8wr

@AgendaFreeTV here is another video of gunshots at the Gilroy garlic festival pic.twitter.com/tAtQ5OXNUs

​US President Donald Trump also took to twitter, citing earlier reports that the shooter was still at large and advising everyone to stay safe.

Law Enforcement is at the scene of shootings in Gilroy, California. Reports are that shooter has not yet been apprehended. Be careful and safe!