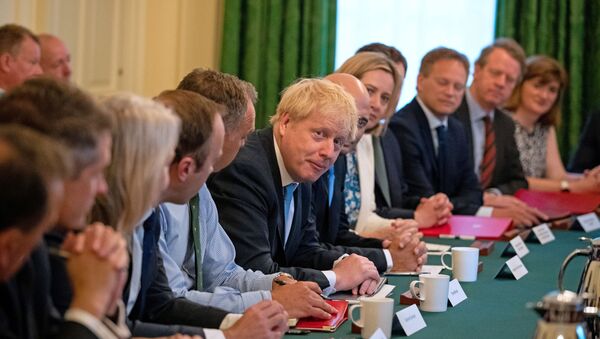 Sources suggest Johnson also has no plans to visit European capitals in the hope of reopening talks, with potentially no significant Brexit negotiations until a Brussels summit starting 17th October, a mere fortnight before the UK is due to leave.

The Daily Mail has reported UK Prime Minister Boris Johnson is dramatically ramping up preparations for a no deal Brexit, and in the process shunning meetings with European Union member state leaders.

Under Johnson's proactive policy, Michael Gove leading daily meetings of the Government’s emergency ‘Cobra’ committee - normally reserved for planning around crises such as terrorist attacks and natural disasters - to ensure the country is ready to depart the European Union 31st October without fail. He will also not be visiting key EU capitals in the tradition of previous new Prime Ministers in order to focus on the task.

His tough stance follows icy phone conversations with Angela Merkel, Emmanuel Macron and Jean-Claude Juncker last week, in which all three rejected his demands to scrap the Irish backstop, which critics say would lock the UK into the customs union indefinitely. While the premier is keen to negotiate, he allegedly sees no point in trying to when Theresa May’s deal has been rejected three times by MPs, and Brussels chiefs have made clear they're not willing to enter new discussions on any aspect of it.

Johnson used a 28th July conference call with the Cabinet to warn May’s preparations for no deal hadn’t moved quickly enough, and were often undermined by parallel structures’.

We're going to get Brexit done by October 31st.

And we're going to strengthen our NHS, fund our schools, and hire 20,000 new police officers.

Help build the movement that does it. Join now. 👉 https://t.co/QslfSNsIid pic.twitter.com/EAm9zcvAMk

​Gove will hold his ‘daily operations committee’ in the Cobra room until the end of the summer, while the Prime Minister will convene twice-weekly meetings of his ‘War Cabinet’, known as the Exit Strategy Committee.

He will also lead an Exit, Economy and Trade committee, which will focus on Britain’s post-Brexit relations around the world. For his part, Chancellor Sajid Javid is preparing to release details of an extra £1 billion in funding for no deal, on top of the £4.2 billion already allocated, which will include cash to recruit 500 new Border Force guards. Ministers are also in the process of crafting a major public information campaign, including TV adverts and leaflets to 27 million homes, to educate and inform the British public about the realities of a no deal Brexit.

The news comes as a Confederation of British Industry report has revealed the EU “lags behind” the UK in preparing for a No Deal Brexit.

The employers’ organisation - a staunch opponent of no deal, which receives funding from Brussels - claims the report “highlights how – contrary to many claims –the EU lags behind the UK in seeking to prevent the worst effects of a no deal scenario”.