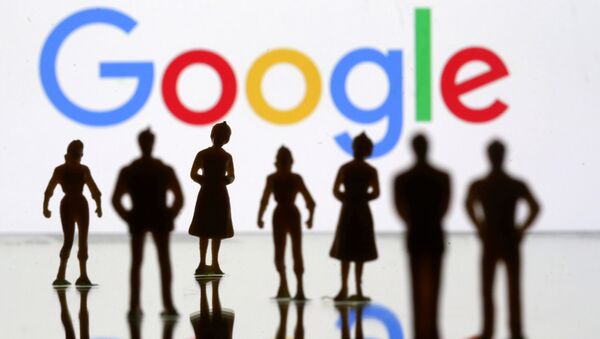 A whistle-blower, reportedly from Google’s corporate ranks, has shared that the company’s policies have drastically changed since 2014, when he first joined the US tech company.

A Google whistle-blower, Greg Coppola has recounted to Project Veritas the company’s “biased” algorithms and insisted that the tech giant is politically motivated, although it has claimed otherwise. While he underscored his “respect” for his superior in the firm, Google CEO Sundar Pichai, he admitted the chief’s comments on the company’s neutrality are way too far-fetched.

The whistle-blower, who claimed to be based in New York and have worked for Google since 2014, said that there were “a small number of people” who were responsible for promoting certain news websites, primarily left-leaning ones like CNN and The New York Times, over others – the fact that makes it “ridiculous to say that there’s no bias”, Coppola summed up.

“I think everyone who supports anything other than the Democrats, anyone who’s pro-Trump or in any way deviates from what CNN and The New York Times are pushing, notices how bad it is”, he said, stating clearly that algorithms “don’t write themselves”, but the engineers do.

He expressed concern about "seeing big tech and big media merge basically with a political party, with the Democrat party" stressing he "knows how algorithms are."

“We are seeing tech use its power to manipulate people.... it's time to decide - do we run the tech or does the tech run us?” he started off a series of emotive rhetorical questions, continuing to address more concrete moves:

“Are we going to just let the biggest tech companies decide who wins every election from now on?”

Coppola, who says he works on Google Assistant, noted the company had operated on a comparatively unbiased basis over the last 10 years, but that has seen a grand change recently, he said.

“I started in 2014. 2014 was an amazing time to be at Google. We didn’t talk about politics. No one talked about politics”, Coppola (whose credentials couldn’t be immediately verified by Project Veritas) started to recount his experience at his place of work.

The employee then moved on to the 2016 presidential election campaigns, focusing on the way the media reportedly tended to favour the Democrats at the time:

“I think as the election started to ramp up, the angle that the Democrats and the media took was that anyone who liked Donald Trump was a racist…” he shared.

“And that got picked up everywhere. I mean, every tech company, everybody in New York, everybody in the field of computer science basically believed that”, he said stating that this is exactly the time the media’s political agenda came in and became obvious.

Google has been under a magnifying glass in recent months over its algorithms and how they select what people see. CEO Sundar Pichai has been grilled by members of Congress over the company's software and insisted that it in no way promotes left-leaning, Democratic news over that of more right-wing outlets. In December 2018, he testified before Congress that the algorithms were driven by the formally estimated rating of information on the internet and not technical staffers’ mindset and ways of thinking.

Last month, the aforementioned Project Veritas published another report on Google along with a covertly shot video of the company’s head of Responsible Innovation, Jen Gennai, and leaked docs by a supposed insider that purportedly expose the tech giant’s plans to influence the results of the 2020 presidential elections in the US and “prevent the next Trump situation”. The executive, whose “Responsible Innovation” sector monitors and oversees the implementation of AI technologies, said in the video that Google has been working to re-programme its systems and algorithms.