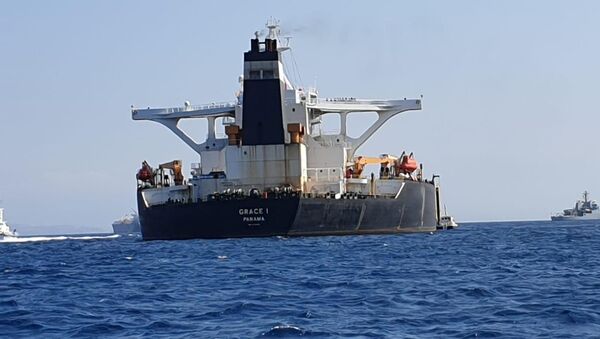 Earlier this month, the government of Gibraltar said that its law enforcement agencies, with support from the UK Royal Marines, detained an Iranian supertanker carrying about 2 million barrels of crude oil.

A court in Gibraltar has extended the detention of an Iranian oil tanker for 30 days, AFP reported, citing Gibraltar's attorney general.

According to the agency, the order authorising the detention of the tanker can be extended for up to 90 days.

"We look forward to continuing to work constructively and positively with officials of the Islamic Republic of Iran to facilitate the release of the Grace 1 pursuant to the satisfaction of all legal requirements," Gibraltar's Chief Minister Fabian Picardo told the territory's parliament, as quoted by AFP.

On 4 July, the supertanker Grace 1 was detained off the coast of the British Mediterranean territory of Gibraltar on suspicions of it carrying oil to Syria for refinement.

Iran's Foreign Minister Mohammad Javad Zarif and UK Foreign Secretary Jeremy Hunt discussed the issue earlier this week, with Mr Zarif urging London to release the tanker. He also stressed that Tehran would continue its oil exports under any circumstances. Mr Hunt, for his part, said that the Grace 1 would be released once Iran gives guarantees about its destination.

The tanker's four crew members were freed on bail earlier this month after being questioned. 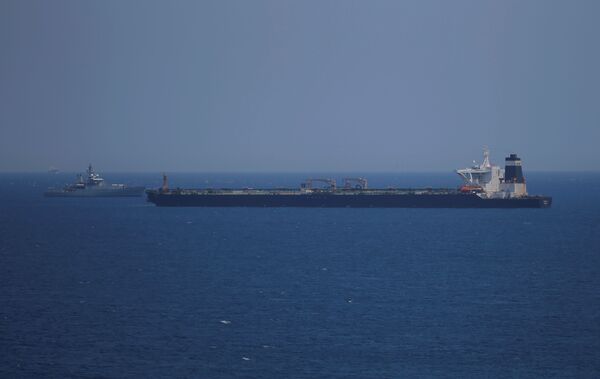 The situation in the Gulf has remained tense since the US tightened the sanctions it reimposed on the Iranian oil sector after quitting the 2015 nuclear deal.

A series of incidents, including attacks on oil tankers, took place in the Gulf of Oman in May and June. Washington has blamed the attacks on Tehran, but the latter has denied all the accusations.