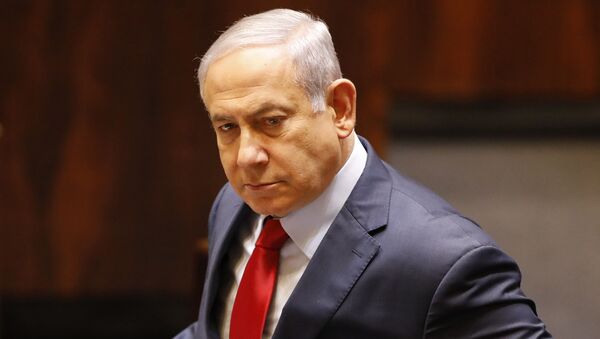 Earlier, EU foreign policy chief Federica Mogherini said that none of the signatories to the Iran nuclear deal consider Tehran's move to exceed the limits imposed on its Uranium stockpiles and enrichment level to be sufficient reason to withdraw from the agreement.

Israeli Prime Minister Benjamin Netanyahu directed sharp criticism at a recent EU statement indicating the bloc’s willingness to stick with and preserve the Iran nuclear deal, comparing it to the policy of appeasement towards Nazi Germany before the Second World War - the policy that led to the signing of the notorious Munich Agreement. He accused the European Union of burying its "head in the sand" and ignoring the allegedly "approaching danger" in the form of Iran obtaining nuclear weapons.

"It seems that there are those in Europe who won’t wake up until Iranian nuclear missiles fall on European soil, and then, of course, it will be too late", the Israeli prime minister said in a video address published on Twitter.

Netanyahu further assured that Tel Aviv would continue to do everything in its power to stop Iran’s alleged nuclear arms programme, the existence of which Tehran vehemently denies, regardless of the EU's position.

His statement comes in response to the words of EU High Representative for Foreign Affairs Federica Mogherini, who said on 15 July that the bloc doesn't regard Iran's latest actions to be "significant non-compliance" with the nuclear deal’s provisions. She added that at the moment, none of the remaining signatories are willing to abandon the deal and restore sanctions against Iran, which were lifted by the accord. 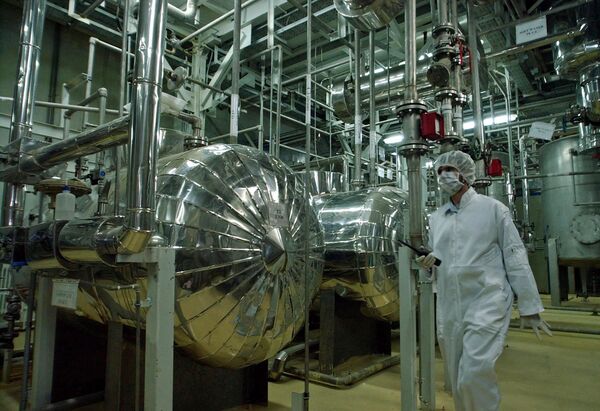 Earlier, Iran announced that it had exceeded the limits on low-enriched Uranium stockpiles and had surpassed the maximum enrichment levels allowed by the nuclear deal. The move is part of Tehran's policy of a gradual reduction in its commitments under the accord, which was triggered by the lack of progress in the EU's efforts to shield Iran from US economic sanctions.