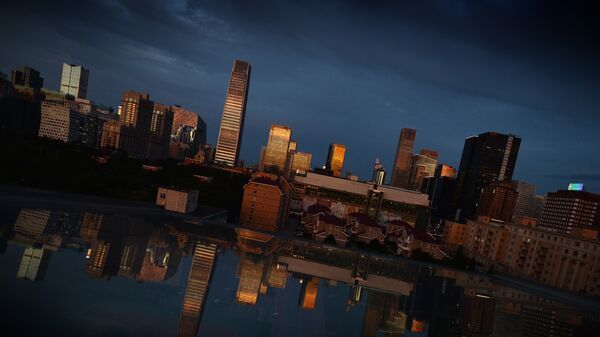 China is already the world's largest official creditor, second only to the US in total amount of loans issued, however, the question of who dominates in “under the radar" export of capital has been shrouded in mystery.

In an interesting recent discovery a collaborative team of researchers revealed that China has become the world’s biggest secret creditor.

The experts conducted the first comprehensive study of the Asian giant’s overseas crediting and other financial flows.

“The increase in total credit outflows over the past two decades has been almost unprecedented, comparable only to the waves of US official lending in the wake of World War 1 and 2".

In the period between 2000 and 2017, the obligations of foreign debtors to China increased from less than $500 billion to more than $5 trillion—or from around one percent of global economic output to more than six percent.

The majority of debt claims were acquired in international bond markets by China’s state-owned central bank.

In addition, China’s government has extended increasing sums of direct loans, in particular to developing and emerging countries.

Research has shown that Chinese state banks issued around a quarter of total bank lending to emerging markets, propelling China into the leading global position as official creditor, leaving behind the IMF and World Bank.

According to the experts, China’s international lending boom has chiefly been due to the country’s rapid economic growth. Another important factor, Trebesch added, was “the “going global” policy of the Chinese state".

For the 50 top recipients of Chinese loans, who are predominantly smaller or poorer countries, debt to China grew from around one percent of their GDP in 2005 to over 15 percent of GDP in 2016.

"What makes China's international lending unique is not only its sheer size and the lack of transparency, but also the fact that it is almost entirely state-driven, by the government, China’s state owned banks or by the state-controlled central bank", says Trebesch.

China, says the report, often lends at market interest rates, and partly with collateral clauses that secure repayment in kind, e.g. in the form of oil exports.

Many of the projects financed by China can be beneficial for recipients, in particular in infrastructure, claims the study.

The scope and lack of transparency of China’s lending, however, poses a challenge for debtor countries and international financial markets, leaving the country's risk analysis in the dark, the report stated.