‘It Wasn’t Good for Me’: Jordan Peterson Comes Out as Twitter Addict 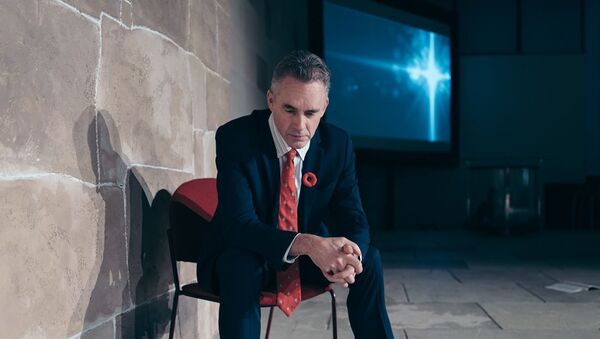 Jordan Peterson, a Canadian clinical psychologist and thought leader, is working on a new online communication platform, but his own online social media presence has dwindled recently.

Jordan Peterson has explained that the widespread hostility he's faced on social media helped him overcome an addiction to Twitter.

“I really got hooked on Twitter and it wasn’t good for me", he said in an interview with Andrew Billen of The Times. “I don’t tweet so much now. I have two million Twitter subscribers and I felt morally obligated to stay on top of it, but I found the general milieu so toxic that it was not psychologically tolerable".

While Peterson’s estimates of his own Twitter audience appear to be inflated (his Twitter page shows 1.24 million followers), he does look less talkative on the platform than he used to and now mostly updates his audience on his podcasts or retweets articles.

The past several months have been not been particularly fortunate for the 12 Rules for Life author and his family. His wife of 30 years, who was diagnosed with kidney cancer in spring, is currently recovering from surgery.

“We’re all rather devastated at the moment. My wife is very ill. She’s had two surgeries in the last two months and is suffering from severe complications from the last one, and the prognosis overall is uncertain", he said.

His daughter, Mikhaila, has suffered from serious health problems, from autoimmune problems to depression, and had a hip and ankle replaced due to arthritis when she was 17.

She had another ankle replacement in January. “So it has been one hospital trip after another for the last six months", Peterson recounted.

In a bid to cure depression, Mikhaila adopted an all-beef carnivore diet, and her father followed suit. Jordan Peterson, who by his own admission, has suffered from depression since he was 13, insists that this diet helps you feel better.

Whether eating only beef is enough to feel good remains to be seen.

“Do I feel I’ve had a hard life? There’s been some of it that’s been hard", he admitted. “It’s by no means been hard compared to many people’s lives, but there’s a strong familial streak of depression that runs through my family. That’s been hard. My daughter’s illness was hard, very hard at times. It was very difficult to see her in pain for so long".

“On the other hand, I’ve had great good fortune", he added. “I have a great extended family. I’ve had a wonderful career. I’ve had this strange streak of unparalleled success, but I’m distraught currently because of this unexpected occurrence in my family, which is quite devastating to everyone concerned".

”I’m having a difficult time reconciling myself to it, my own good advice notwithstanding. That was a shock and it’s conceivable that I wasn’t in the best psychological state to have received that news because the last three years have been, let’s say, exhausting".