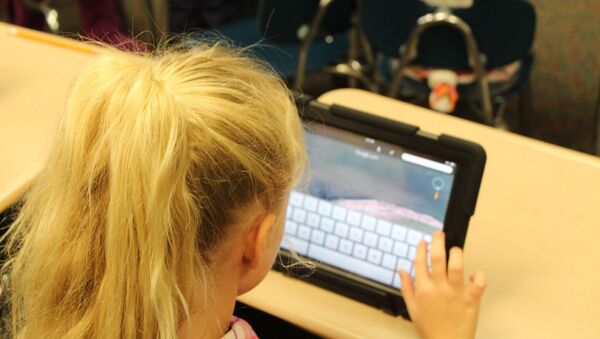 The new initiative is expected to help children understand how information manipulation techniques work and discern the motives of those who might seek to “bend the truth”.

UK Secretary of State for Education Damiand Hinds has recently unveiled new government plans aimed at educating the country’s youth about the dangers of "fake news" and disinformation on the Internet, the Independent reports.

According to the newspaper, information regarding "confirmation bias" and "online risks" is expected to become a compulsory part of the school curriculum, with the government seeking to enable kids to "to recognise and respond to ‘fake news’ more effectively and to differentiate between misinformation and disinformation".

The Department of Education also said in a statement that proliferation of fake news can "destroy trust, damage learning culture, and sap curiosity".

Delivering his remarks ahead of a social media and online harms summit he was expected to attend together with Health Secretary Matt Hancock, Hinds warned that "the reputations of institutions and companies, and liberal democracy itself, can quickly be eroded by the spread of so-called ‘fake news’", arguing that in the Internet age, it is important for young people to be "new-media-savvy".

"That’s why we are introducing new content to schools that is a fusion of the Relationships, Citizenship and Computing curricula. Children won’t just learn about what a spoofer or a sock-puppet are, or how clickbait headlines try to lure you in. They’ll learn about how so-called confirmation bias helps stories spread, and discuss why someone might want to bend the truth in the first place", he explained.

The newspaper also noted that the government also intends to make health education compulsory starting next year, with the intent to have all children "learn about internet safety and harms alongside the importance of mental wellbeing".