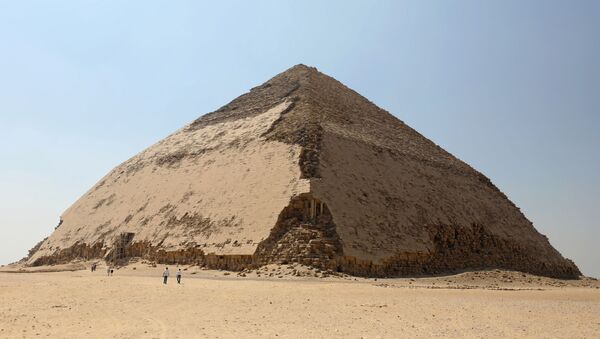 Besides opening two pyramids for tourists, Egypt's Antiquities Minister Khaled el-Anany said that archaeologists had uncovered a collection of stone, clay and wooden sarcophagi, some of them with mummies.

Egypt opened on Saturday two of its oldest pyramids dating back to 2600 B.C., the times of the Old Kingdom of the Pharaoh of Sneferu.

The announcement was made by the country's Antiquities Minister Khaled el-Anany, who said that tourists were now allowed to visit the Bent Pyramid and its satellite pyramid in the Dahshur royal necropolis situated 25 miles south of Cairo.

According to the official, the Bent Pyramid represents a transitional form of pyramid construction between the Djoser Step Pyramid and the Meidum Pyramid, and is unique as it has two internal structures.