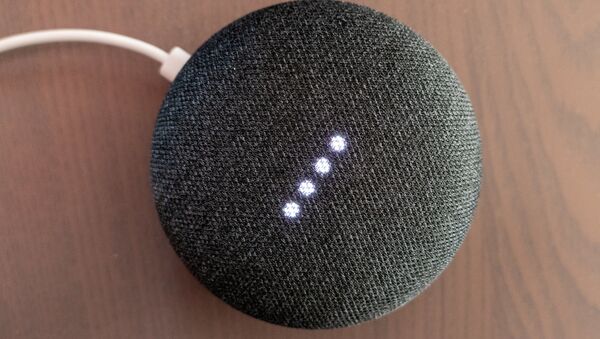 Google outsources the review of recorded interactions with its virtual assistant to partners, who try to make out different languages and accents to help the assistant better deal with speech commands. This means that everything recorded in the background (including intimate or professional conversations), could be available to Google’s employees.

Google has confirmed that it lets its contractors listen to recordings of customers’ conversations with its voice-operated digital assistant, addressing privacy concerns raised by a recent media report.

These contractors review nearly 0.2 per cent of “audio snippets”, as Monsees put it. He went on to reassure that these recordings “are not associated with user accounts as part of the review process” and that Google’s partners are told not to transcribe noises and words in the background, and only work with commands that are directed to the assistant.

He admitted, however, that devices with a built-in Goggle Assistant may interpret noise in the background as a hot word that triggers the assistant, like “Ok, Google”.

The statement came on the heels of a report by Belgian broadcaster VRT News suggesting that Google employees the world over listen to users’ commands to Google Assistant via smart speakers and a mobile app.

VRT said it had obtained over 1,000 excerpts of users’ conversations with the assistant, which contained addresses and other “sensitive information”. The broadcaster said the recordings were provided by a whistle-blower working for a Google subcontractor.

According to the report, the excerpts are indeed disconnected from the information about the user they were obtained from, with the user name being replaced with an anonymous serial number. However, it is claimed that it still doesn’t take much effort to discover the speaker’s identity.

David Monsees wrote that the confidential data about internal operations had been leaked by a language reviewer gone rogue. “Our Security and Privacy Response teams have been activated on this issue, are investigating, and we will take action. We are conducting a full review of our safeguards in this space to prevent misconduct like this from happening again,” he said.