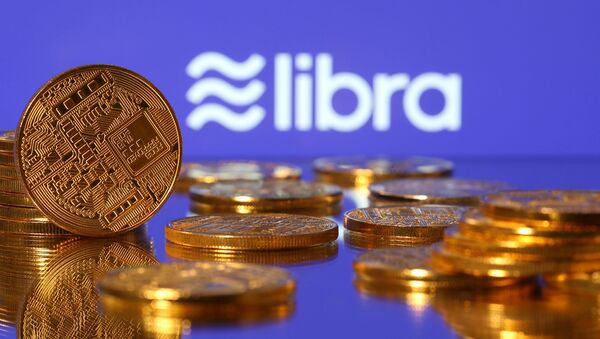 The People's Bank of China is speeding up work on creating its own cryptocurrency. This was stated during a seminar at Peking University's Institute of Digital Finance by the head of the research division of the Chinese Central Bank, Wang Xin.

According to the head of the People's Bank of China research bureau, the development program of the "digital yuan" has already been approved by the State Council of the People's Republic of China. Commercial structures are also involved in the development of a crypto yuan, in order for the new product to be competitive in the market.

The official from the Central Bank of China noted that the financial regulator is closely following the development of the global cryptocurrency Libra, which was recently announced by Facebook. Earlier, Mu Changchun, a deputy head of the People's Bank of China's Payment and Settlement Department, in an article published in Caixin Weekly, said that cryptocurrencies, including Libra, should be regulated by central banks. It is likely that the very possibility of the emergence of a truly international means of payment stimulates the authorities of the PRC to accelerate with their own developments in order not to miss the opportunity to take an active part in the formation of a new global financial system.

In fact, the Chinese authorities have been talking about developing their own cryptocurrency for years. The People's Bank of China already owns 78 patents in the field of cryptocurrencies and another 44 patents related to blockchain technology. Earlier, Deputy Governor at the People's Bank of China Fan Yifei noted that the digital yuan would eventually have to replace the monetary aggregate M0 (cash in circulation). The gradual abandonment of cash is an obvious global trend, which is most clearly seen in China, where mobile payments already prevail in the daily settlements of citizens. Therefore, it is quite logical to assume that the Chinese authorities are planning to create a full-fledged digital analogue of the fiat yuan.

Until recently, there was little information about how work was progressing to create China’s own crypto yuan. But after Facebook published the White Paper on Libra, Chinese officials became more active. The fact is that Libra, announced by Facebook, is very different both technically and conceptually from other cryptocurrencies, in particular, Bitcoin. Libra will be managed by a consortium of dozens of major financial and technology companies, including Visa, MasterCard, PayPal, eBay, Uber, and Lift. This consortium will be responsible for processing and issuing a new cryptocurrency. Libra is a stable block that will be provided with reliable assets - deposits and securities. Moreover, it will be provided by not only one country but several countries with reliable currencies. That is, in fact, Libra is conceived as a supranational means of payment. The closest analogue is special drawing rights (SDR). However, unlike SDR, Libra should be an absolutely liquid medium of exchange, using which cross-border payments will be available to the vast majority of the world's population and take a matter of seconds.

After the Global Financial Crisis in 2008, China offered to create a new global reserve currency based on SDR, which would help get rid of dependence on the dollar. Therefore, the Libra concept as a whole is appealing to China, Liu Dongmin, head of the International Finance Division at the Institute of World Economics and Policy at the Chinese Academy of Social Sciences, said.

“If we talk from the point of view of maintaining the stability of the international monetary system, supranational currencies as the main means of international payments are a relatively good solution. Compared to any sovereign currency, such currency will better cope with the task of ensuring global financial stability. However, at the moment, such projects have not yet been implemented”.

The hegemony of the dollar in international payments does not suit many countries, including China. However, pegging prices for various goods and services in international trade to a single currency - the US dollar - was convenient. The concept of Libra, on the one hand, is fair, but on the other hand, it can create a lot of problems. For example, Facebook’s White Paper says that Libra can be easily converted into flat currency. But the participants of the managing consortium are private companies that are physically unable to provide a sufficient amount of cash liquidity. Only central banks have such capability. Therefore, for the normal functioning of Libra, the participation of financial regulators is necessary, Liu Dongmin said.

“It is necessary that the central banks of different countries develop regulatory measures for Libra. It is especially required if this cryptocurrency will be promoted as a means of payment throughout the world. Because, any global currency, on whatever principles it was founded, will still have a certain impact on the currency sovereignty and financial security of individual countries. For example, with regard to currency sovereignty - the world cryptocurrency can become a substitute for the weak currencies of some countries and can gradually oust them. People will try to pay in more stable world currency, and this will put even more pressure on the exchange rate of national currencies”.

Preserving the sovereignty of the national currency can be much more effective if you create a digital national currency that meets current trends in the development of finance, the expert noted. If China launches a digital yuan, it will be the first national cryptocurrency in the world, provided with a stable fiat currency. There have already been attempts to create a national cryptocurrency – Venezuela, for example, launched El Petro, backed by oil assets. However, given the state of the Venezuelan economy, El Petro can hardly claim to be an international means of payment. With the digital yuan, the situation is different. The crypto yuan emitted by the Chinese Central Bank, having all the technical advantages of cryptocurrency, can earn trust in world markets and significantly increase the level of internationalisation of the Chinese currency. And if Libra or another similar supranational currency is launched, China, given its experiences and capacities, will be able to influence the formation of the rules for the functioning of the new international financial system.