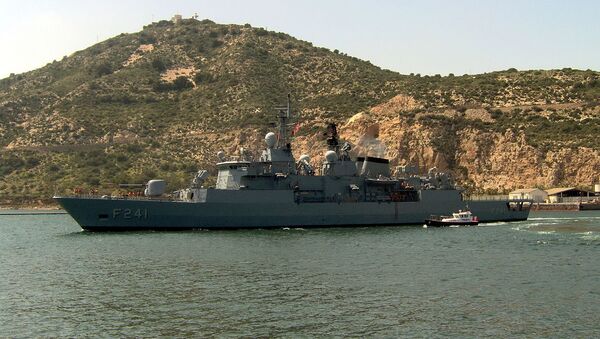 "I can confirm, that as mandated by the European Council in June, the commission and the European External Action Service have this week put forward options to the council on appropriate measures to be taken in response to Turkey's drilling activities in Eastern Mediterranean. And it's obviously now for the council to take this forward", Kocijancic told reporters.

On Wednesday, the Turkish Foreign Ministry said in a statement that Ankara will continue carrying out hydrocarbons exploration in Cyprus' exclusive economic zone despite the European Union's negative reaction.

Two Turkish drillships, Yavuz and Fatih, are currently anchored off the coast of Cyprus in order to drill for oil and gas. Cyprus and Greece see it as a provocation, and the European Union has called on Turkey to end drilling in Cyprus' exclusive economic zone. Ankara, meanwhile, believes it has a right to drill for regional natural resources.

000000
Popular comments
The Turkish part of Cyprus is not under EU control. The usual threats from the west interfere in foreign nations affairs.

arcsmith
11 July 2019, 15:50 GMT3
000000
Now that E.U can´t blackmail them with the E.U membership it only nead´s to take them by force since they have U.K,france and Germany at their team and if they are so brave in bullying with Russia, what problem would Erdogan be to them?