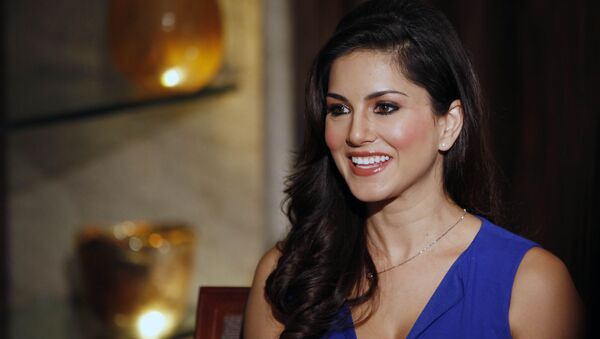 © AP Photo / Rajanish Kakade
Subscribe
New Delhi (Sputnik): Being a celebrity one has to learn how to take criticism in stride, Bollywood actress Sunny Leone suggested, while saying it doesn’t matter to her what trolls on social media think of her.

During the recent launch of her lingerie brand 'Infamous' at the 2019 India Licensing Expo, Sunny said: "I feel [that] being a celebrity, we get trolled every day- but I don't necessarily get bothered by trolls.”

“I wear clothes of my own choice. When I feel like wearing a T-shirt and jeans or a sweatshirt, I wear it. So, I wear what makes me feel good at that moment," the actress said, adding that she understands that getting trolled is an issue for anyone, but as a professional linked to the entertainment industry, one has to accept it.

The reaction evoked a mixed response from the Twitterati.

Our drama were and i think still popular in the world ,hv u seen such dress in drama,so it proves that u dont need to be naked to show ur acting or for other case there is no limit, a person can be sunny Leone in x rated movie and still that will call acting

It's not needed to show case sunny Leone..as a foreign body businesses..India has many good women icons

Surely #SunnyLeone as PM can be better exciting!! #SunnyLeonForPM 😄😁

​Others praised Leone, who has become a heartthrob, with her dance numbers in Bollywood films.

You're the best human being on this Earth.....So much love and effort you always put in for helping the needy people ❤❤

O yes beauty mam,, it should be @ 100 % personal choice for any body irrespective of any gender.

Then don’t ask men to respect every woman, it’s his choice whom to respect

Leone also revealed that currently, she has roles in two Bollywood films - 'Arjun Patiala' and 'Coca Cola', which she said are expected to be released later this year.

On being seen as a businesswoman, she said she thought she was “pretty good”, but added that her husband Daniel Weber was better.

She added, “I feel both of us do very different kinds of things for our business, but we do them to attain the same goals. Our outcome and goals are always the same so, I like to think that I am a pretty good businesswoman."

000000
Popular comments
Well she's not a clippety clopping across a bridge in a pasture.